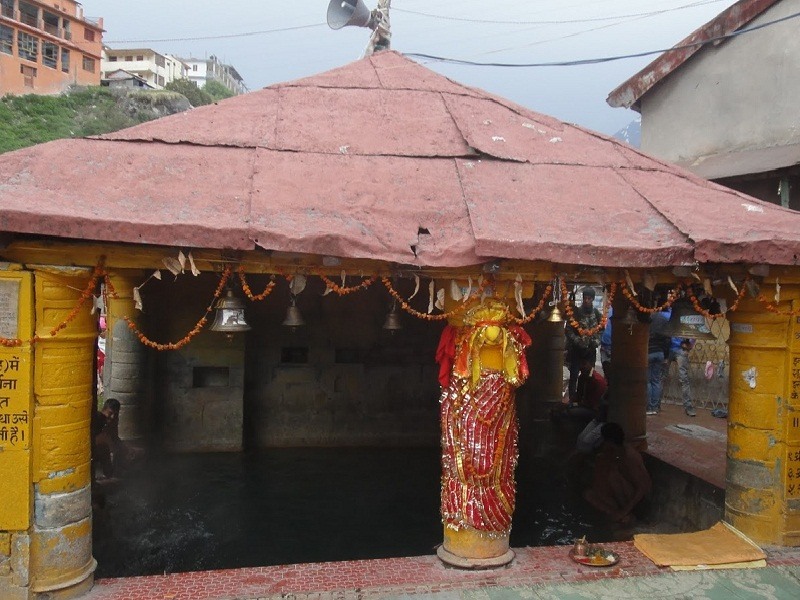 #5 of 16 Places to Visit in Badrinath

At a distance of 1 km from Badrinath Bus Stand, Tapt Kund is a natural hot water spring located at the entrance of Badrinath Temple in Badrinath town.

Tapt Kund is the abode of Lord Agni and is famous for its medicinal properties. Before entering the Badrinath Temple, one has to take a holy dip in the Tapt Kund. The temperature of the water of Kund is 45° Celsius and there are number of hot water springs on the banks of Alaknanda River. It is believed that taking a bath in Hot water spring will cure all the skin diseases.

There is another Kund below Tapt Kund called the Narad Kund where the present image of Badrinarayan is said to have been found by Adi Shankaracharya. Pilgrims usually don't bathe here and the kund is considered sacred. Around the Kund area, there are 5 big stone rocks known as Panch Shilas considered sacred by the devotees. Narad Shila is situated beside the Tapt Kund, and it is said the great devotee of Lord Vishnu, Bhakta Narad used to live here. Garud Shila is situated on the way to temple from the Kund towards the temple. Narsimha Shila, Varahi Shila and Markandeya Shila are hidden in the Alaknanda waters.