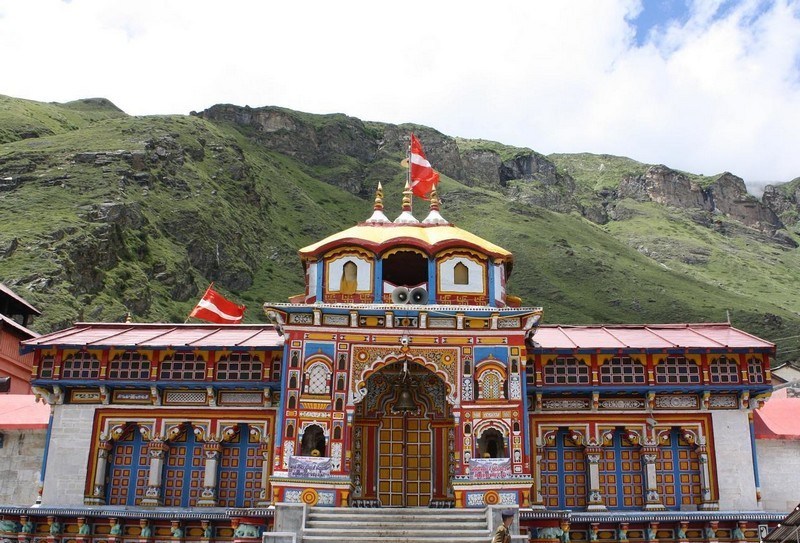 #1 of 16 Places to Visit in Badrinath

At a distance of 1 km from Badrinath Bus stand, Badrinath Temple, also known as the Badrinarayan Temple, is situated on the right bank of the holy River Alakananda. It is considered as the most holy among the char dhams and among the 108 Divya Desams. Badrinath along with Yamunotri, Gangotri and Kedarnath form the Chota Char Dham, one of the important pilgrimages for Hindus.

The temple is dedicated to Lord Vishnu, who is worshipped in this temple as Sri Badrinath. According to legends, the Badrinath temple dates back to the Vedic age. However, the present temple is believed to have been established by saint-philosopher Adi Shankaracharya in 8th century. Adi Shankara discovered a Saligram idol of Lord Badrinarayan which lay immersed in the River Alakananda. He installed this idol in a cave nearby Tapt Kund. It was later shifted to the present temple by the King of Garhwal in the 16th century.

The temple stands tall at a height of 50 feet, has a colorful main entrance also known as the Singhdwar. The temple has three sections; Garbhagriha, Darshan Mandap, and Sabha Mandap. The idols of Lord Badrinarayan, along with other Gods are situated in the Garbhagriha. The statue of Lord Badrinarayan is around 3.3 feet tall and is made of black stone (Saligram stone). The image is believed to have Vishnu in a dual form of Nara and Narayan.

Badrinath remains covered in snow for around six months every year. The temple is closed during winter on the auspicious day of Vijayadasami in October / November. On the day of closure, Akhanda Jyothi, a lamp is lit filled with ghee to last for six months. The image of Badrinath is transferred during the period to the Narasimha Temple at Joshimath. The temple is reopened in April / May on Vasant Panchami.