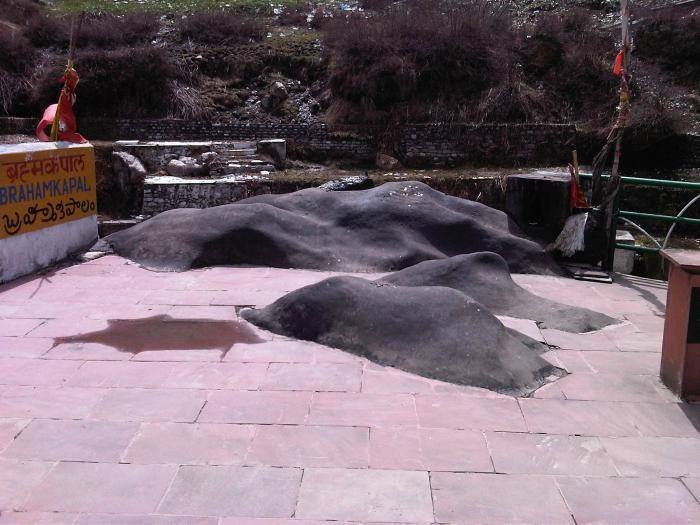 #2 of 16 Places to Visit in Badrinath

At a distance of 1 km from Badrinath Bus Stand, Brahma Kapal is a sacred ghat situated on the banks of Alakananda River and is situated in the vicinity of Badrinath temple in Badrinath Town.

Brahma Kapal is a flat platform which is of great importance for Hindus who perform rituals and pay homage to the departed souls and also offer Shraddha to their ancestors at this place. It is said that Lord Brahma exists at this place and thus if someone does Rituals and Shraddha Karma for the departed souls of his family they get salvation from the cycle of birth and death. It is situated just 100 meters north of the Badrinath Temple.

Brahma Kapal holds the mythical belief that it was at this place where Lord Shiva relieved from his curse of killing Brahma. It is also believed that Brahma's head had fallen off from Shiva's trident here at Brahma Kapal. The Sheshnetra, Charanpaduka and the Mata Murthy Temple are nearby attractions that hold religious significance.