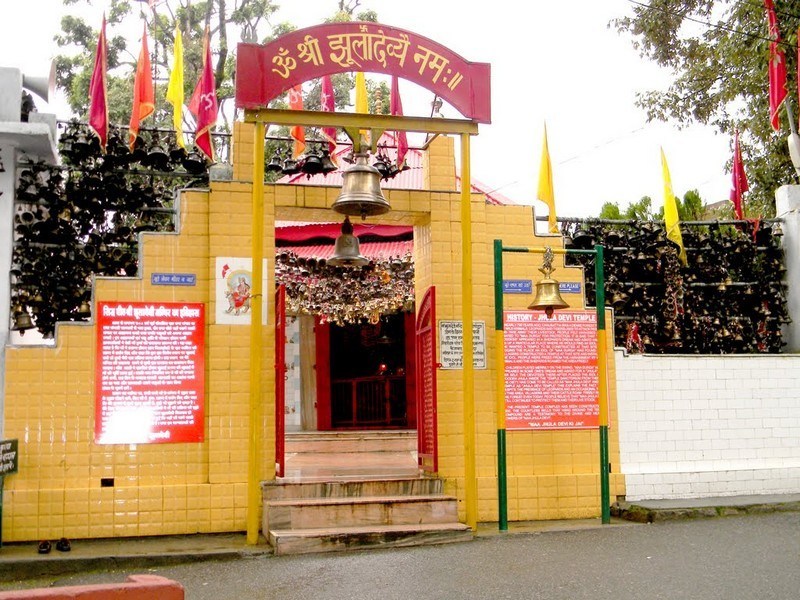 At a distance of 5 km from Ranikhet Bus Stand, the Jhula Devi Temple or Jhoola Devi Temple is an ancient temple built in the 8th century, situated near Chaubatia Gardens in Almora district of Uttarakhand. The present temple was constructed in 1935.

The temple was built on the same spot from where the idol was obtained. Since then pilgrims come to make a wish to Goddess Jhula Devi and when their wish is fulfilled they come again to thank Jhula Devi Maa by offering a bell to the temple. The temple houses a cluster of holy bells tied to its walls that are known for granting wishes.

A Rama Mandir dedicated to Lord Rama also resides atop the hill nearby. A small flight of stairs goes to the hilltop where the temple is situated. Rama Mandir has a monastery where students are taught ancient vedas along with vedic and modern mathematics.