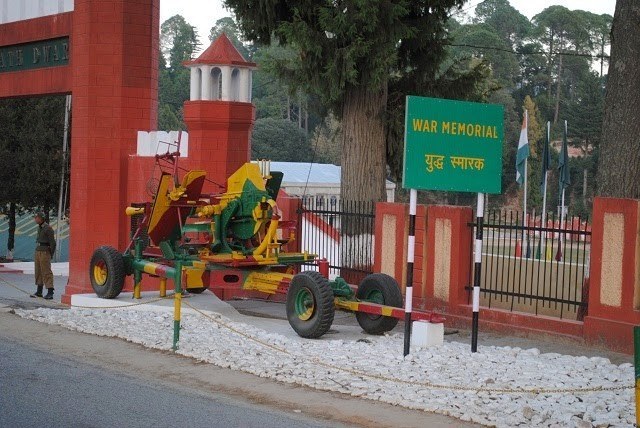 At a distance of 1.5 km from Ranikhet Bus Stand, the Kumaon Regimental Centre Museum and Memorial is situated near Somnath Ground. The Memorial was built in 1974, as a symbol of bravery and sacrifice made by soldiers of the place. The young soldiers take the pledge of loyalty to their motherland at this memorial. To commemorate the sacrifice of soldiers, a parade is also held here every year.

Apart from the memorial, this center also comprises a museum which was built in the year 1978. This Regiment Museum showcases the history of Kumaon and Garhwal regiments. It displays admired treasures like Rani Jhansi's argent scepter, Chinese rifles from the 1962 war, a World War-II Japanese wireless acreage blast and abstracts accompanying to the Kargil War. The Kumaon Regiment Widows Welfare Association runs a shawl weaving center here.