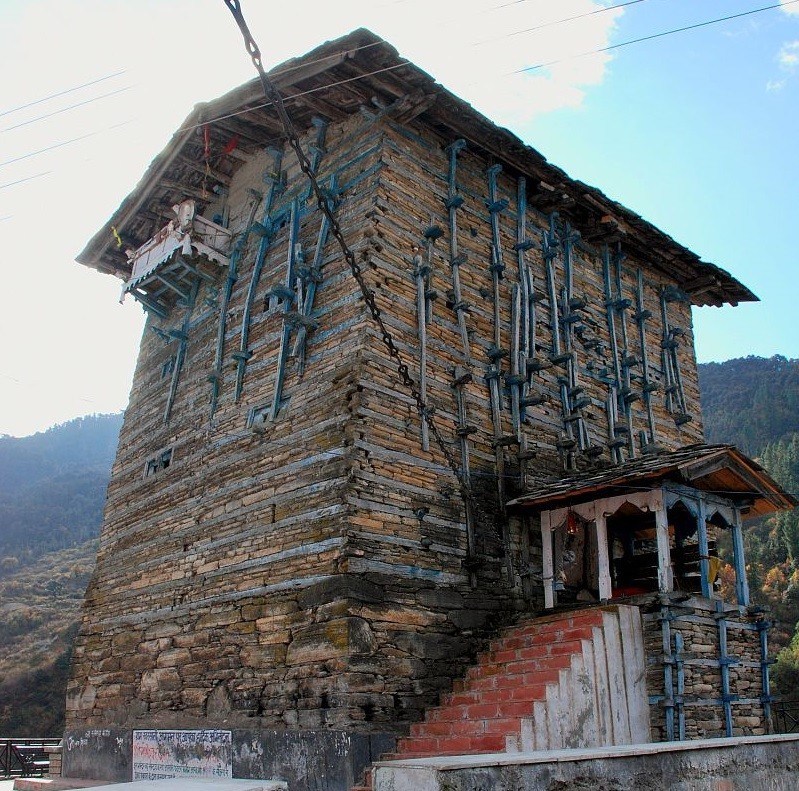 #3 of 8 Places to Visit in Yamunotri

At a distance of 1 km from Janki Chatti, 9 km from Hanuman Chatti and 6 km from Yamunotri, Kharsali is a little village located in the Uttarkashi district of Uttarakhand. Situated at an elevation of 2675 m above the sea level, Kharsali is known as the home of Goddess Yamuna during winters when the Yamunotri Shrine becomes inaccessible due to heavy snowfall.

The place is a popular picnic spot among the travellers because of its natural surroundings covered with natural springs and waterfalls. Kharsali also houses the oldest Shani Dev Temple of India. The idol of Goddess Yamuna is kept at the Shani Dev Temple during the winter season. The temple is a three-storied structure made up of stones, wood and mortar. The temple has withstood several earthquakes and other natural calamities since ages. It is believed that the temple was built by the Pandavas. The Bronze idol of Lord Shani Dev is kept here along with the Chaaya, the Sangya and Nag Devta. There are two Urns are kept and no one touches them because of any unforeseen danger to self or family. There is a belief that these Urns change their position themselves on Purnima and Amawasya.

Every year on the occasion of Bhai Dooja or Yam Dwitiya which is two days after Diwali, the idol of Goddess Yamuna is brought to the temple and prayed here till the end of winter. Another interesting attraction here is an ancient Lord Shiva temple. Here Lord Shiva is depicted in his Someshwar form.

There is no motorable road to Kharsali and the 1 km distance from Janki Chatti has to be trekked. Janki Chatti is well connected with major towns of Uttarakhand.