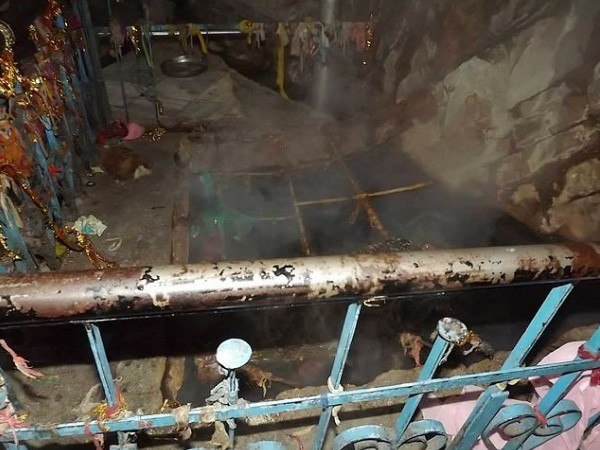 #2 of 8 Places to Visit in Yamunotri

Surya Kund is one of the most important thermal springs located near the temple of Yamunotri. This hot water spring gets its name from Yamuna River which is considered to be the offspring of Surya, believed to be the father of Yamuna. The presence of this thermal spring bordered by snow-covered mountain peaks adds to the divine significance of the place. Many pilgrims visit this spring to get refreshed and prepare Prasad for the offering to the temple.

Surya Kund serves as a holy place. The temperature of Surya Kund is estimated to be around 88°C. Pilgrims prepares Prasad out of potatoes or rice mixed with salt and ties it in a cloth. Then it is dipped into the hot spring where it gets boiled. This Prasad is offered to the temple deity after which the remaining is taken back home by the devotees.