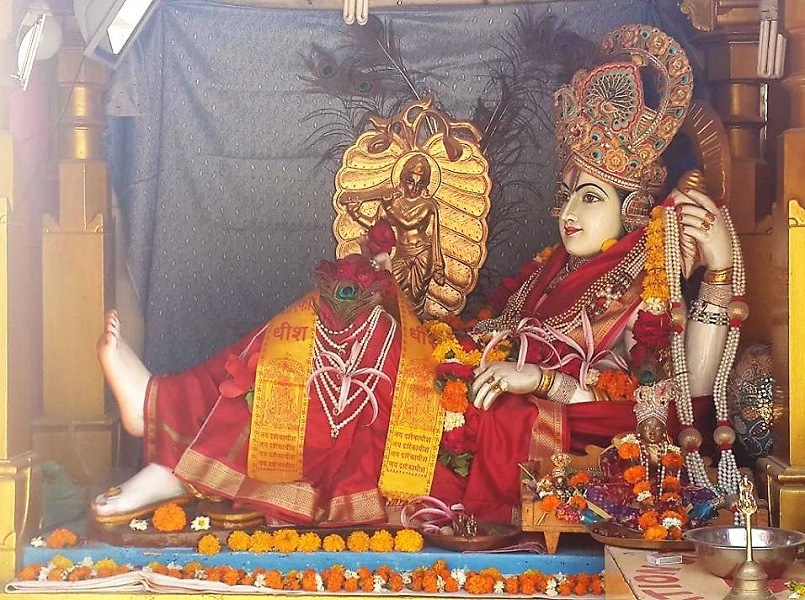 At a distance of 4 km from Somnath Temple and 5 km from Somnath Railway Station, Bhalka Tirth or Bhalka Teerth is a significant temple in Somnath. Enroute to Veraval, it is considered as one of the must visit places of pilgrimage in Gujarat and among the popular places to visit in Somnath.

Bhalka Teerth Temple is dedicated to Lord Sri Krishna. It is believed that this was the place where Jara, the hunter, mistakenly shot an arrow at the feet of Lord Krishna, due to which the Lord left his earthly existence for his heavenly abode. According to mythology, Lord Krishna was meditated under a Peepal tree here. Only then, Jara, the poacher mistook the foot of the Lord for that of a deer and shot straight through it. The arrows came in the feet of God and started bleeding. The hunter then realized his mistake and asked for a confession with God. This incident symbolizes Krishna's departure from the earth and was the sign of the end of Dwapara Yuga. The meaning of arrow is known as Bhal, so this pilgrimage has been known as Bhalka Tirth.

This divine leela of Bhagvan Shri Krishna is immortalized by a beautiful temple and an ancient peepal tree. The temple has ornate sculptures, both inside and outside. Inside the temple, there is a pleasing statue of Krishna playing his flute. A statue of hunter, Jara is also present in front of Lord Krishna in this temple.

After being wounded by a hunter's arrow, Lord Krishna walked few kilometers towards Dehotsarg from Bhalka Tirth. He bathed in the Triveni Sangam and then left his body at Dehotsarg.