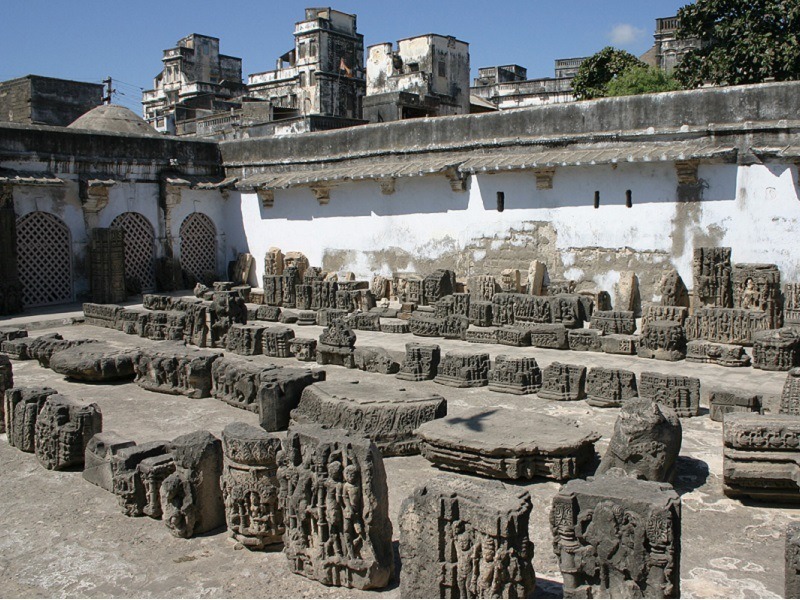 At a distance of 2 km from Somnath Railway Station, Prabhas Patan Museum is an archeological museum located near Somnath Temple in Prabhas Patan, Gujarat. Maintained by the Government of Gujarat, it is one of the most popular museums in Gujarat and among the must-visit places in Somnath.

Prabhas Patan Museum, Gujarat was established in 1951. There are nearly 3500 objects exhibited in 3 major categories. They include objects of art and archaeology and few specimens of natural history. Famous for stone sculptures and stone inscriptions, the museum showcases different artifacts from history like sculptures and carved stones, which are reminiscent pieces of some earlier temples. One can also see inscriptions, five domes, 12th-century toranas, sacred waters of several rivers, huge pillars, 11th-century statues of Lord Agni, Uma Maheshwara, Lord Vishnu, Parvati, and Natya Bhairava here during your Somnath tour packages.

The museum also houses an assortment of seashells and pottery shards. There is also a container made of glass that holds numerous bottles which comprise waters of different rivers like- St. Lawrence, Tigris, Plate, Danube, Nile, and Murray. Moreover, there also exists a collection of waters from the seas of Tasmania and New Zealand along with inscriptions in Sanskrit and Persian languages and coins from different times.