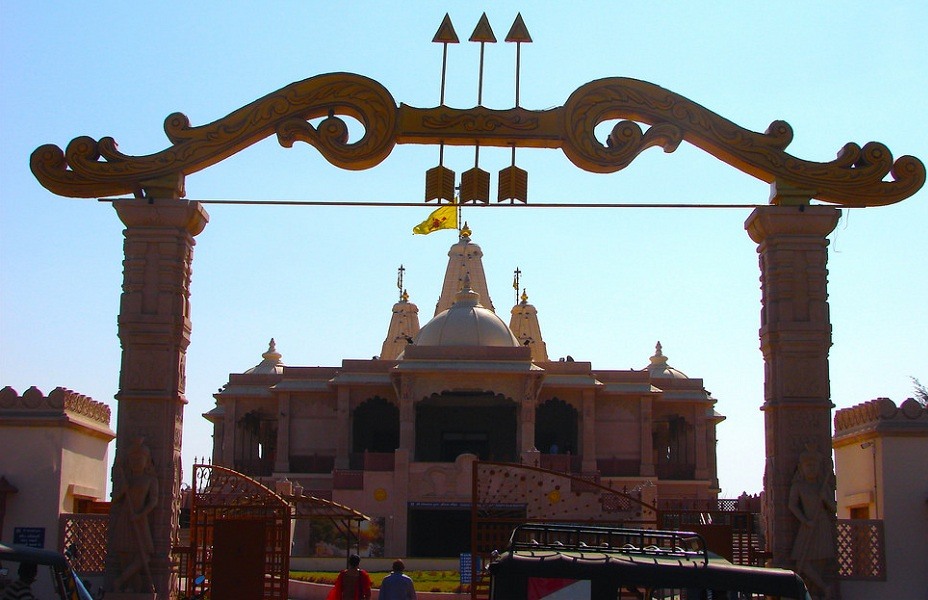 At a distance of 1 km from Somnath Temple and 2 km from Somnath Railway Station, Shri Ram Temple is a Hindu temple built near Triveni Sangam Ghat in the temple town of Somnath. It is one of the splendid temples to visit in Somnath.

Built from Bansi Pahanpul pink stone, the mandir has two floors. It has auditorium and kirtan hall on the ground floor. It has also a theater with 260-280 chairs in which the life of Shri Ram will be presented on large screen. The gate of this temple is in shape of Shri Ram's dhanushya. One can get a glimpse of Somnath temple, Somnath coast, Trivei Sangam, Sun temple and Gita temples from the balcony of the temple.

One can also visit Shri Parshuram Temple within the complex of Ram Mandir. The main sanctorum has a black Parshuram idol holding an axe on his hand and is flanked by Kama and Kala on both sides. There are other shrines of Ganesh, Hanuman and Maa Renuka here.