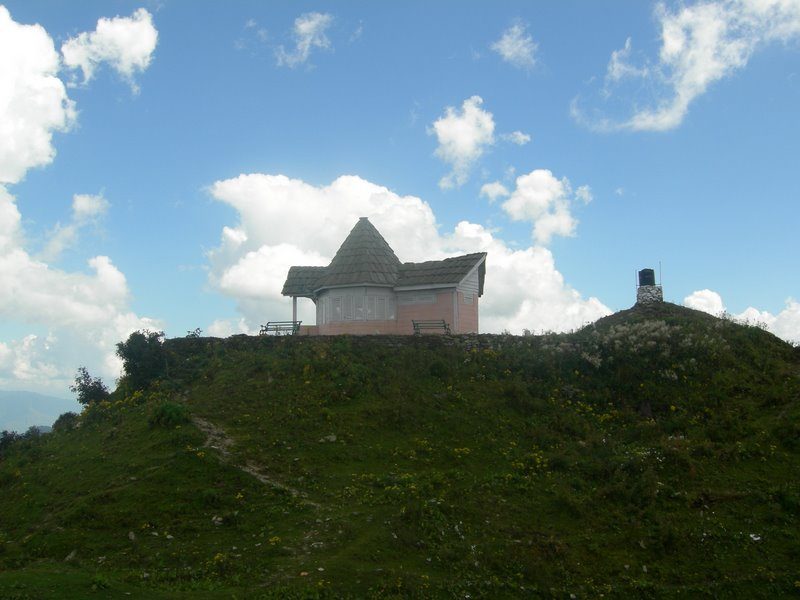 At a distance of 68 km from Shimla, 54 km from Kufri and 7 km from Narkanda, Hatu peak is located at an altitude of 3400 m above sea level and one of the highest peaks in Shimla Region. This place is also famous for skiing activities in the winter.

Hatu Peak is surrounded by Himalayan Ranges and it is one of the most fascinating attractions of Narkanda town. For the rulers of the erstwhile hill states, Hatu Peak was of great strategic importance because of its commanding position. It was accepted as a boundary between the states. The Gorkhas captured it early in the 19th century and established a fort at the top of Hatu Peak. Later, the British dismissed them from the Hatu heights.

The Hatu Peak is blessed with Hatu Mata's temple, where you can see one of the best wooden carvings in the new temple being constructed. The Peak has a beautiful hillock on top of it from where you can look around in all four directions and observe the beauty of nature at its ace. There are 4 cliffs on the hill top and you might add a lot more to your adventure by climbing up these cliffs and look into the deep gorges around from the edge of the tops of all these cliffs. There are many other interesting places located around Hatu Peak like Kacheri, Stokes Farm and Narkanda etc. It is very famous for its apple orchards, snow covered mountains, green paddy fields and dense pine forests.

Hatu is famous for its ski slopes. A sub-centre of the Mountaineering and Allied Sports Institute at Manali runs adventure activities here and ski equipment is available in winter. Thanedar and Kotgarh near Narkanda form the apple heartland of Himachal.

Hatu Peak is around 7-8 km total uphill drive from the Narkanda town. There are multiple trekking routes to reach the peak from Narkanda. Hatu Peak is Ideal for camping and offers a beautiful opportunity for star gazing in the night. The forest is also good for bird watching and meditation.
There is no private hotel or guest house at Hatu but many options are available in Narkanda which is main market around this place. At Hatu, there is a HPPWD Guest House, which can be booked, but many folks prefer to come with their own tents and there are some decent grounds around the Hatu Temple.