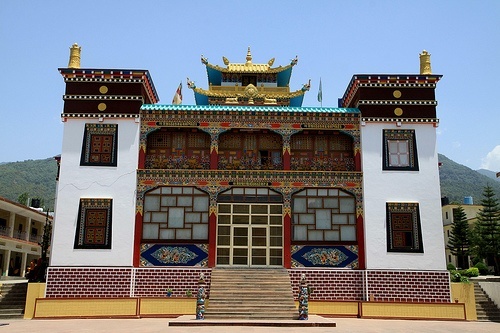 Dorje Drak Monastery in Shimla is a famous tourist place in the city. It is a beautiful Buddhist monastery that displays the prevalence of Tibetan culture in the state. The monks meditating in the monastery is quite a sight to watch. The calm ambience of this place is a delight for people seeking moments of repose. Dorje Drak monastery is run by the Tibetan exiles.

The Monastery is one of the biggest monasteries of the Nyingmapa School. His Highness Kyabje Taklung Tsetrual Rinpoche who is the head of Dorje Drak monasteries in India decided to set up this temple at Shimla after he migrated from Tibet in 1959. The Solid Square and rectangular structure of the monastery is a perfect example of Buddhist architecture in the Himalayan Region. After the destruction of the original monastery during the Chinese invasion of Tibet, Taklung Tsetrul Rinpoche built this monastery in Shimla in 1984.

The popular Hemis festival of Tibet is celebrated here every year during the month of May in the honor of Guru Padmasambhava. Tourists don't need to pay any entry fees, but willing visitors can donate money for the monastery. This monastery is visited by countless devotees and tourists every year.