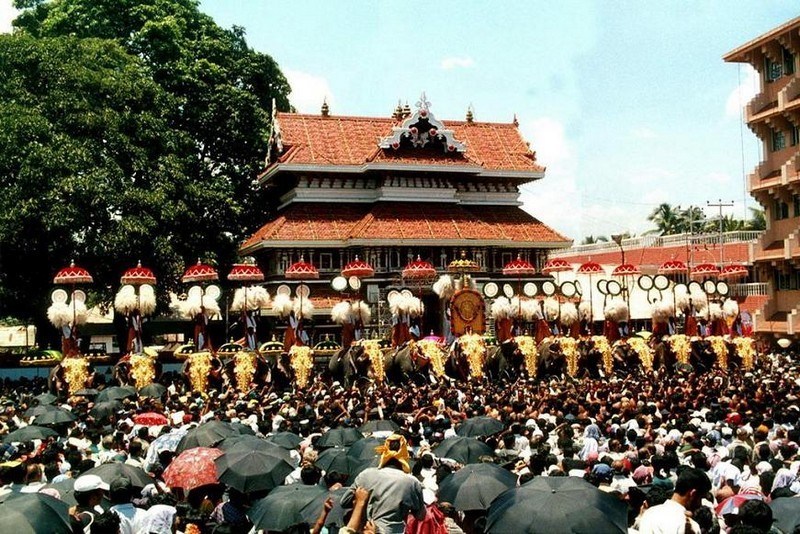 At a distance of 1 Km from Thrissur Railway Station, Thrissur Pooram is celebrated on the Pooram day in the month of Medom (April/May) in the premises of the Vadakkunnathan Temple (Thekkinkadu maidan). It is the most colorful temple festival in entire Kerala.

The festival was initiated in 18th century by Raja Rama Varma (also known as Sakthan Thampuran), the rules of Kochi. The best elephants of the state from various temples in Kerala are sent to Thrissur to participate in the festival. The festival is a magnificent spectacle with night long fireworks, colorful 'Kudamattom' and a grand elephant procession.

On the early hours of final day of festival, a procession of 15 beautifully decorated elephants marching from Thiruvambadi Temple carries the idol of Lord Krishna. Another group of 15 magnificent elephants start from Paramekkavu Bhagavathy Temple carrying the idol of the goddess. The celebration will be continued with fireworks and several competitions throughout the night.