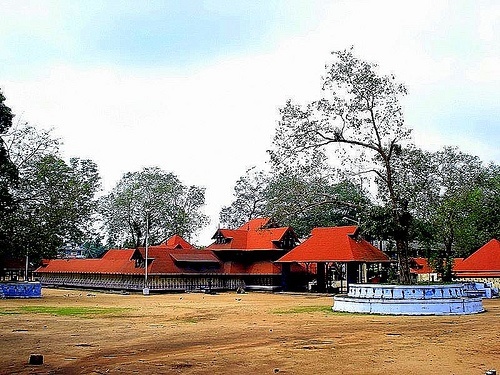 At a distance of 38 km from Kochi & 36 Kms from Thrissur, Kodungallur, also known as Cranganore is a historical town located in Thrissur district on NH17 between Kochi and Kozhikode. This is one of the popular tourist places to visit near Kochi and also an ideal getaway from Kochi for a short trip.

Kodungallur was the capital of Cheraman Perumal, the last Chera Ruler in the 7th century AD. Kodungallur is home for several important historical monuments:

- Bhagawati Temple is one of the oldest temples in Kerala with history of above 2000 years and was mentioned in the epics Ramayana and Mahabharatha
- Thomas the Apostle of Jesus is believed to have landed in Kodungallur with his followers in the year 52 AD. This place has become the earliest Syrian Christian centre of Malabar. Monuments built in the memory of Thomas still exist here, including St. Thomas Church.
- Cheraman Juma Masjid is the first mosque built in India in mid 6th century AD, by Malik Ibn Dinar, the follower of Prophet Muhammad
- A fort built by the Portuguese in 1523, which was later captured by Tipu Sultan of Mysore