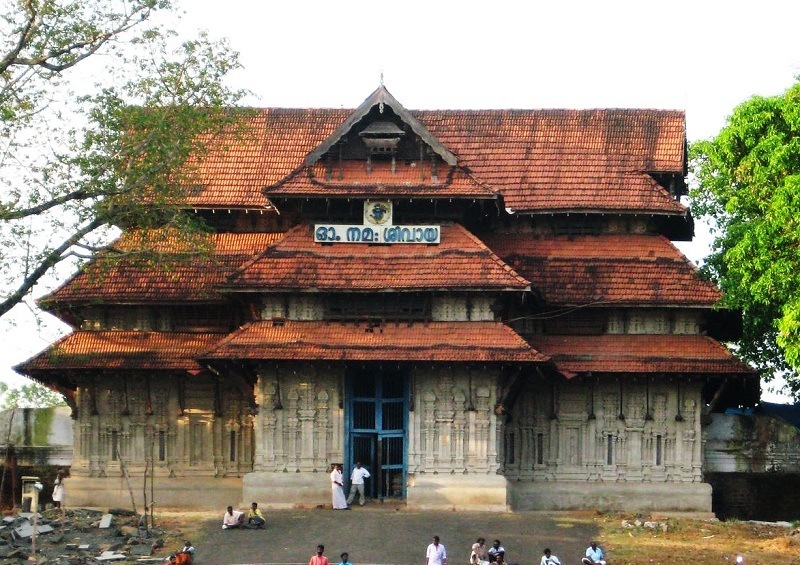 At a distance of 1 km from Thrissur Railway Station, Vadakkumnathan Temple is an ancient Hindu temple situated in the city of Thrissur, Kerala. Also known as Thenkailasam or Vrishabhachalam, it is one the popular places of pilgrimage in Kerala, and among the must-visit places as part of Thrissur packages.

Dedicated to Lord Shiva, Sri Vadakkumnathan Temple is one of the largest and ancient Lord Shiva temples in Kerala. It is believed that this is the first temple created by Lord Parasurama the 6th incarnation of Lord Vishnu. The temple, along with the mural paintings, has been declared as a National Monument by India under the AMASR Act. The Archaeological Survey of India (ASI) has recommended 14 sites, including Vadakkumnathan Temple and palaces, from Kerala to include in the list of UNESCO World Heritage Sites in 2012.

The temple was built at the time of Perumthachan from Parayi Petta Panthirukulam who lived during the 2nd century. According to Malayalam historians, the temple was a pre-Dravidian shrine. Some suggest that there have also been influences from Buddhist and Jain temples. Tipu Sultan, the Muslim ruler of Mysore, is widely believed to have destroyed many Hindu temples. He did halt at Thrissur during his invasion of Kerala in 1789, but he didn't attack the temple. To feed his Army, he had borrowed cooking vessels from Vadukanthan Temple. Before leaving Thrissur city, he not only returned the vessels but presented the temple with a large bronze lamp. Sakthan Thampuran, the king of Cochin, introduced the famous Thrissur Pooram festival.

Covering over an area of 9 acres, the temple of Vadakkunathan is a classic example of the Kerala style of architecture with beautiful murals depicting scenes from Mahabharata and wonderful wood carvings. The temple is enclosed by colossal stone walls with four gopurams each facing north, south, east and west directions. In the center lies the multi shrined complex. The three key shrines of the temple have been dedicated to the Vadakkunatham or Lord Shiva, Lord Rama, and Shankaranarayana. The temple also features one of the largest Dance Halls, called Koothambalam is believed to have been built by Perumthachan, the famed carpenter who lived in the 7th century.

The main deity of this temple, Lord Shiva, is worshipped in the form of a huge lingam, which is covered by a mound of ghee, formed by the daily abhishekam (ablution) with ghee over the years. Devotees can now see only a 16-foot-high mound of ghee embellished with thirteen cascading crescents of gold and three serpent hoods on top. According to traditional belief, this represents the snow-clad Mount Kailash, the abode of Shiva. This is the only temple where the lingam is not visible. It is said that the ghee offered here for centuries does not have any foul odour and it does not melt even during summer.

Regarded as one of the best Thrissur place to visit, this temple is the venue for the world famous Thrissur Pooram celebrated annually in April / May. The deities from Parmekavu and Thiruvambady temple along with other small poorams come to engage in festivities in front of Vadakkumanathan. It's a 36-hour long festival that attracts thousands of enthusiasts from all over the state as well as visitors from other regions and abroad.

Maha Shivaratri is the main festival that is celebrated in the temple with great pomp and fervor. Cultural and musical programs are held in the temple premises. Around one lakh temple lamps are lighted in the festival. The idol of Vadakkumnatha is not taken out for procession.

Only Hindus are allowed into this temple.