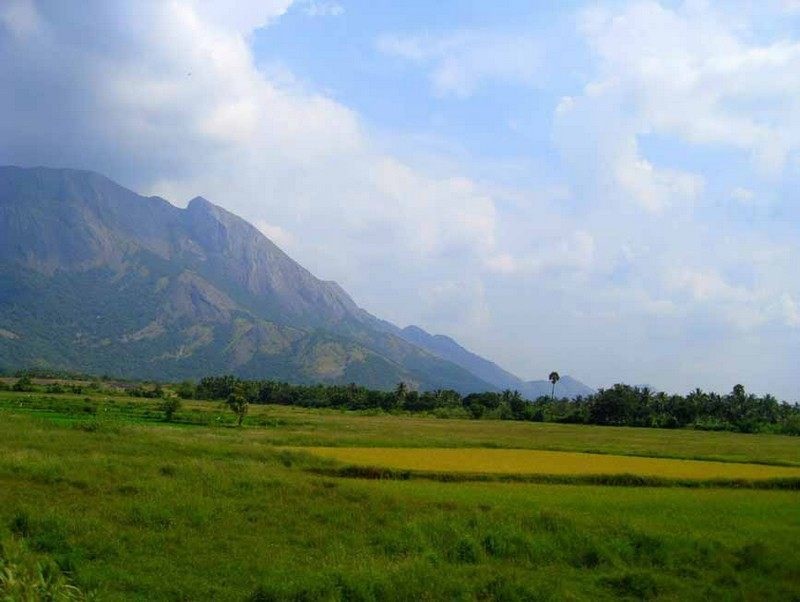 Peak Season: November & May to June

At a distance of 52 km from Coimbatore, 65 km from Thrissur, 122 km from Kozhikode, 140 km from Kochi, and 336 km from Trivandrum, Palakkad, also known as Palghat, is a town and headquarters of Palakkad district in Kerala. It is one of the prominent places to visit near Kochi, and among the must include places in Kerala packages.

Palakkad derives its name from two Malayalam words Pala (a tree Alsteria scholaris) and Kadu (forest), which goes to prove that this place was once a beautiful stretch of forests covered with the sweet-scented flowers of the Pala tree. Palakkad is a land of valleys, hillocks, rivers, forests, mountain streams, and dams. Palakkad is considered as the gateway to Kerala from the north. It can also be visited along with Coimbatore tour packages.

The history of Palakkad dates back to the Paleolithic period; several megalithic relics have been found in the region. During the second and third centuries, the Pallavas of Kanchi probably invaded the present region of Palakkad. The Perumals and then the Utayavars ruled for several centuries. After the rule of Zamorin of Calicut, it was under Hyder Ali, Tipu Sultan and finally became part of Malabar district of the Madras Presidency.

Palakkad is known for its different cultural traditions which are reflected in the form of fairs and festivals. Some of the major fairs and festivals of Palakkad are Kalpathy Car Festival, Manappullikavu Vela, Nenmara-Vallengi Vela, Chittur Kongan Pada, Jain Temple Festivals, Ottappalam Nercha Festival and Sivarathri festival.

The best time to visit Palakkad is from September to May while the peak season is from March to May. It usually takes 1-2 full days to explore this area.

How to Reach Palakkad - Full Details

Top 10 Places to Visit in Palakkad

At a distance of 9 Kms from Palakkad Railway Station, Malampuzha Dam is a large irrigation dam built on Malampuzha River, a tributary of Bharathapuzha River at the base of the hills of the Western Ghats. The reservoir provides drinking water to Palakkad town.

There is a beautiful well laid garden near the Dam. There are lush green lawns, innumerable flower beds, glittering pools, fountains and avenues. There is a fresh water aquarium, Snake Park and a Children's park with a toy train. The Garden house has a unit of Water sports also. The imposing concrete sculpture of YAKSHI, the passenger ropeway, first of its kind in South India, offers adventurous and delightful air journey of 20 minutes across the garden are added attractions of the park. A telescopic tower, the first rock garden and the first amusement park of Kerala Fantasy Park are also located at Malampuzha. The reservoir has boating and fishing facilities.

At a distance of 2 km from Palakkad Railway Station, Tippu's Fort is an ancient fort situated in the heart of Palakkad town in Kerala. It is one of the best preserved heritage forts in Kerala, and among the must-visit places during Palakkad trip.

Also known as Tipu's Fort, Palakkad Fort is believed to have existed since ancient times, but the present form of the fort was constructed by the great ruler of Mysore, Haider Ali in 1766 AD. Named after Hyder's son Tipu Sultan, it was under the Mysore rulers until the British took control of the place in the year. Later, it was converted into a taluk office in the early 1900s. Now, the fort is protected & managed by the Archeological Survey of India.

Spread over an area of 60,702 sq. m, Palakkad Fort is immensely famous for its architecture, which displays the efficiency of the French craftsman. This square-shaped fort is supported .....

At a distance of 53 km from Palakkad, & 102 km from Coimbatore, Silent Valley National Park is a national park located in the northeast corner of Palakkad district in Kerala. It is one of the famous national parks in Kerala, and among the top Palakkad tourist places.

Silent Valley National Park is a beautiful representation of the last remaining rain-forest of Kerala. Historically it is a paradigm of people's movement to protect the forest. In 1914, Silent Valley forests were declared as Reserved Forest. It was declared as National Park in 1984 and formally inaugurated in the year 1985. Till 1921, Silent Valley was part of the South Malabar Forest Division with headquarters at Nilambur. In 1921, it came under the control of the Palakkad Forest Division and managed so until 1988.

Silent Valley was called 'Sairandhrivanam' as it was the place where .....

At a distance of 60 km from Palakkad, 75 km from Pollachi, 75 km from Thrissur & 105 km from Coimbatore, Nelliyampathy, also spelled as Nelliampathi, is a charming hill town in Palakkad district of Kerala. The Nelliyampathy hills and mountains form a part of the Sahyadri ranges in the Western Ghats. These hills are located in the Tamil Nadu - Kerala border sharing border with Palakkad district of Kerala and Coimbatore district of Tamil Nadu.

Nelliyampathy is one of the less explored hill stations of Kerala which has an elevation ranging from 467 m to 1572 m. It is also an ideal weekend getaway from Coimbatore city. The green sprawling Nellikota Mountain ranges which is anchored at a height of 1572 m is the highest peak in the region. Covered with valleys and green forests, the mountain range of Nelliyampathy has several tea, coffee and cardamom plantations. The extensive expanses of plantations offer unique opportunities of plantation .....

At a distance of 41 Kms from Palakkad, Mangalam Dam is constructed on the river Cherukunnapuzha, a tributary of the river Mangalam. It is a popular picnic site from Palakkad.

The construction of the scenic dam was completed in the year 1956. The entire area is quite fascinating with beautiful parks and lawns.

Located on the Alathur - Vadakkanchery Highway, the reservoir is bounded with forest area which is home for wildlife like deer, elephants and a variety of birds.

At a distance of 39 Kms from Palakkad, Meenkara Dam is a lovely picnic spot amidst great scenic beauty.

This dam is built across the Gayathri River which flows into the Bharathapuzha River. This is a fascinating place with full of paddy & coconut fields and full of greenery.

At a distance of 47 km from Coimbatore and 51 km from Palakkad, Siruvani Dam is a man-made reservoir located in the Palakkad district of Kerala. It is one of the beautiful places to vsit as part of Palakkad tour.

At a distance of 30 km from Palakkad & 77 km from Coimbatore, Meenvallam Waterfalls is a magnificent waterfall situated near Karimba town in the Palakkad district of the Kerala. It is one of the popular waterfalls in Kerala, and among the top Palakkad tourist places.

Meenvallam Waterfall is a magnificent 5 step waterfall hidden amidst the lush forests of Western Ghats. The height of the waterfall ranges from 100 - 125 feet at each level. Only two of the five steps of the falls are accessible. The waterfall passes through Kalladikode Hills and disperses into different falls near River Thuppanad. Meenvallam waterfall is the final one out of the 10 waterfalls between Palakkad and Mannarkkad. Also known as Meenvallom, this waterfall is a great attraction especially during the winter, and is definitely a sight not to be missed during Palakkad trip.

At a distance of 55 km from Athirapally, 69 km from Palakkad, 81 km from Kochi, 113 km from Kozhikode, 114 km from Coimbatore, 279 km from Trivandrum and 280 km from Madurai, Thrissur (also known as Trichur) is a city situated in central Kerala. It is one of the most popular places to visit in Kerala, and among the famous places to visit near Coimbatore & Kochi as well.

The name Thrissur was derived from Tiru-Shiva-Peru which means the big town of Lord Shiva. The name owes itself to the most famous Vadakkunathan Temple, among the must-visit places as part of Thrissur tour packages. Thrissur is also known as the Cultural Capital of Kerala because of its cultural, spiritual, and religious leanings throughout history.

Thrissur had witnessed the rise and fall of various dynasties that include the Chera and Kulasekharas in the 12th century, .....

At a distance of 3 km from Palakkad Railway Station, the Kalpathy Vishwanatha Swamy Temple is an ancient Hindu temple situated in Palakkad. It is one of the best places to visit in Palakkad.

Situated on the banks of Kalpathy River, the temple is dedicated to Lord Shiva. It was built around 1425 AD by Kombi Achan, the raja of Palakkad, and is one of the oldest Shiva temples in this region. Legend has it that a Brahmin widow named Lakshmiammal went to Banaras and brought Lingam and installed it in the present site. The location of the temple and steps leading to the river brings the mind of a visitor to the Banaras Temples on the bank of the Ganges. Hence this temple is called Half Banaras.

The annual chariot festival is a popular event celebrated for 7 days in November. In the last 3 days, beautifully decorated temple chariots are ceremoniously drawn through the streets by thousands of devotees. The .....