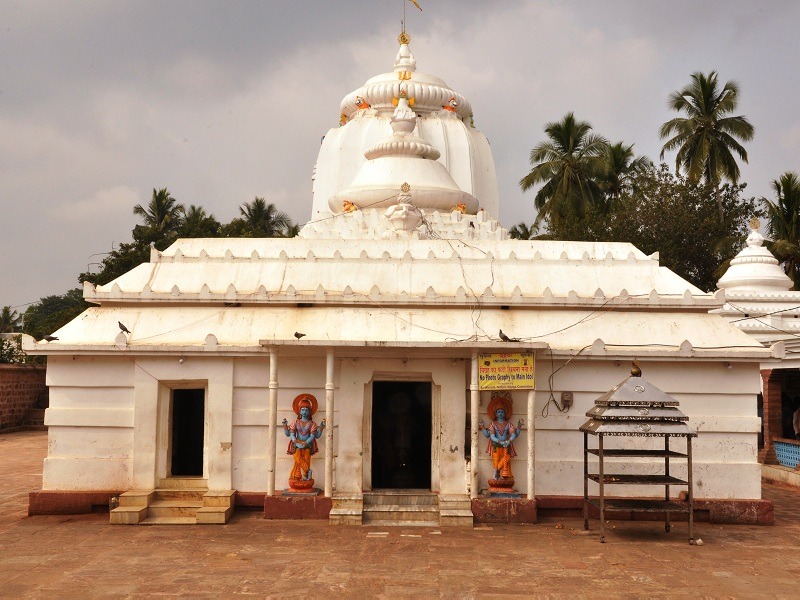 At a distance of 22 km from Puri, Alarnatha Temple is an ancient temple located in Brahmagiri near Puri. Dedicated to Lord Vishnu, this is one of the famous temples of Lord Vishnu in Odisha and also one of the must visit places in Puri.

The present temple of Lord Alarnatha is said to be two hundred years older than the Jagannatha Temple in Puri. The temple is not a big tourist destination but a famous religious place for all Krishna devotees. Legend says that Lord Brahma came and worshipped Lord Vishnu here on top of a hill. According to history, the rulers of Alwar in Rajasthan had established the temple here. The temple was later known as Alwarnath or Alarnath.

The temple is associated with the visit of Chaitanya Mahaprabhu to Orissa. Chaitanya Mahaprabhu during his stay in Puri used to see Lord Jagannath daily. During Anavasara period when Lord and his siblings were taken to the secret chamber for 15 days, he was unable to see his dear Lord. So as per the legend lord directed him to go to Brahmagiri and visit Alarnath temple. It is believed that those who cannot worship Lord Jagannath during Anavasara period can get the blessings of the deity if they visit the Alarnath temple. During this time every year thousands of devotees visit Alarnath Temple to get the blessings of Lord Alarnath.

Lord Vishnu is worshiped here as Alarnath with four hands holding shankha, chakra, gada, and padma. Lord Vishnu's carrier Garuda kneels at the feet of the deity with his hands folded in prayer position. There is a separate shrine for Goddess Lakshmi inside the temple compound. The deities like Rukmini, Satyabhama and Lord Chaitanya are also found inside the temple.

There is a stone slab in front of the deity which bears impressions from Lord Chaitanya's body. When Lord Chaitanya first lay in full respect in front of Lord Alarnath, the stone below him melted with his blissful touch. There is a lake behind the temple where Chandan Yatra is celebrated for 21 days every year.