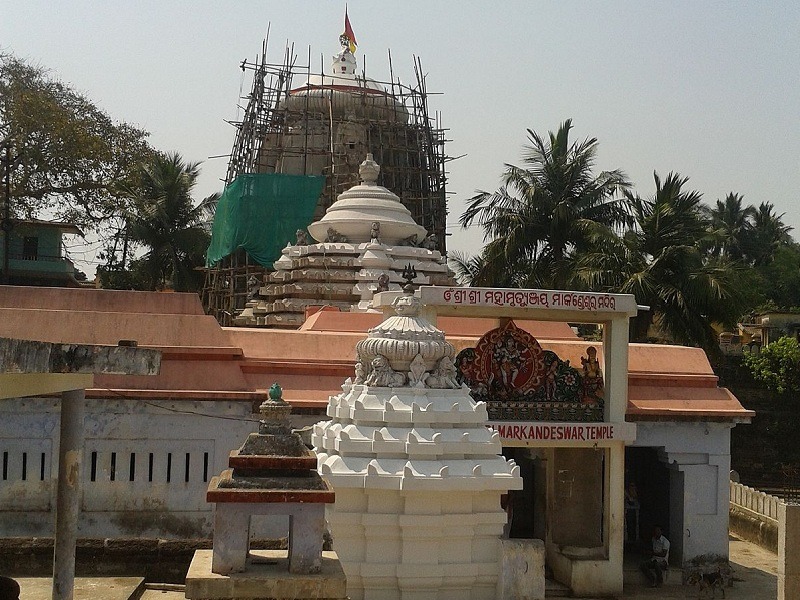 The temple is dedicated to Lord Shiva and is believed to be from Ganga dynasty dating back to 12th century. According to the mythology, sage Markandeya was saved by Lord Shiva from a great danger. Sage Markandeya erected a Shiva temple out of dedication. Also known as Markandeya Shiva Temple and Markandeshwara Mahadeva Temple, the temple is connected with the rituals of Chandan Yatra, Balabhadra Janma, Ashram Bije, Sital Sasthi, Kaliyadalan etc. of the Jagannath Temple.

Markandeya tank is an open structure and it enclosed within a stone wall made of laterite blocks. The tank is presently used for rituals as well as for normal bathing. Markandeya Sarovara is considered the starting point of pilgrimage, for pilgrims to Puri. The Markandeya Tank is supposed to be at the site where god saved sage Markandeya and at this spot, the sage was meditated for a very long time.