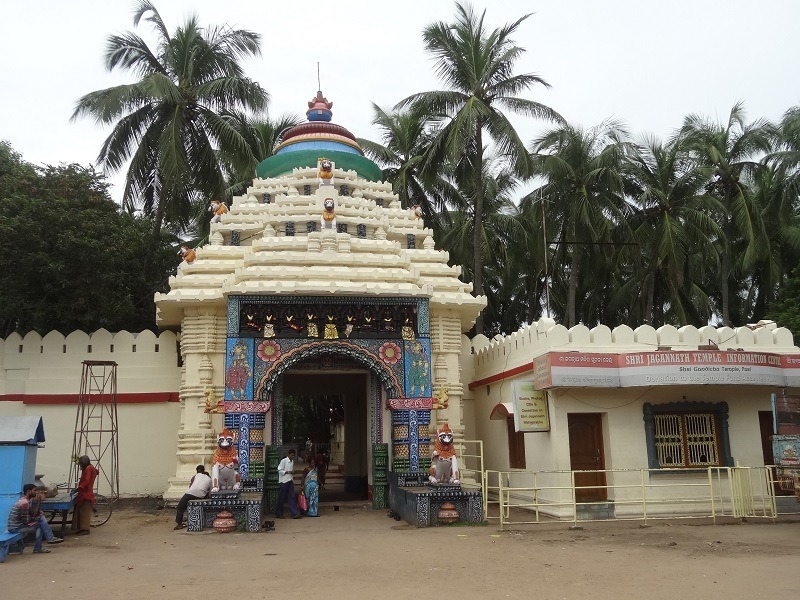 Gundicha Temple has some interesting legends related to it. According to one legend, Gundicha, the queen of the King Indradyumna, was a great devotee of Lord Jagannatha. Because of her deep devotion, Lord Jagannath promises her to come to her house during Ratha Yatra. Another Legend says that Gundicha Ghar is the house of Lord Krishna's adoring aunt Gundicha. It is believed that their aunt gives a welcome to the three siblings with a special delicacy made of rice called 'padoapitha'.

Built in a distinctive Kalinga style, the architecture of the temple is a marvel to behold and is ornate with intricate and artistic stone carvings. The temple is surrounded by a wall and stands in the middle of a garden. The height of the wall is 20 feet and width is 5 feet. The temple consists of Vimana, Jagamohana, Natamandapa and Bhogamandapa. The whole temple is built of light gray sand stone. There is a plain raised seat called 'Ratnavedi', and this is the throne on which the images are placed when brought to the temple. This temple has two gates. The western gate is the main gate and the eastern side gate is known as Nakachana gate. The deities enter to the temple through the west gate and come out by the east gate. The temple is under the care and maintenance of Jagannath Temple Administration, Puri.

During Ratha Yatra, Lord Jagannatha, Lord Baladeva and Subhadra Devi, leave Jagannath Mandira for nine days- one day for traveling to Gundicha temple, seven days spent here, and one day to return home. This Journey is known as Gundicha Yatra, Nava Dina Yatra, or Ghosa Yatra. It is most auspicious to have darshan of Lord during this time known as Adapa Darshana. Every year the Ratha Yatra culminates at this temple which is surrounded by lush gardens and tall cooling coconut trees.