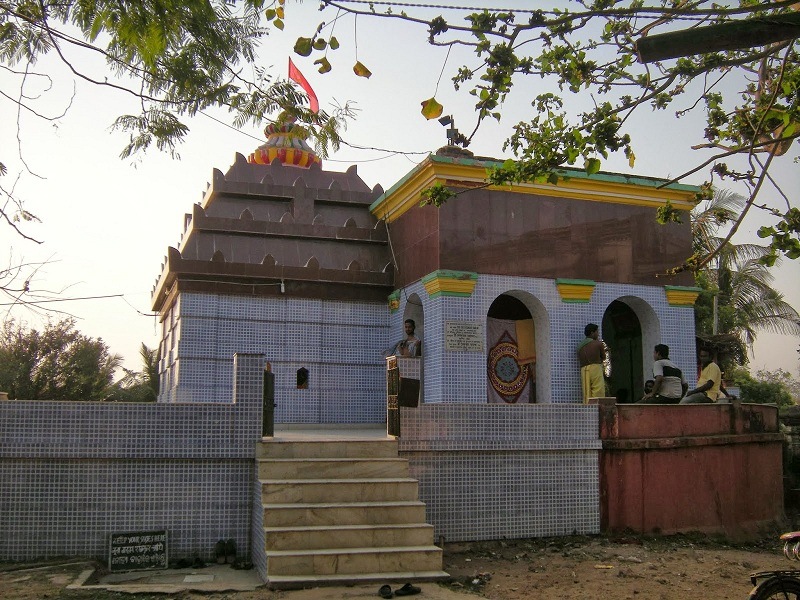 At a distance of 1.5 km from Puri Junction and 3 km from Jagannath Temple, Bedi Hanuman Temple is a small sea side temple situated to the west of Chakra Narayan Temple in Puri. Known as Daria Mahavir Temple, it is one of the famous temples in Puri.

The temple is dedicated Lord Hanuman. On local language, 'Daria' Means Sea and Mahavir is another name of Lord Hanuman. The temple has an interesting story behind the name 'Bedi Hanuman'. It is believed that Daria Mahavir protects Puri against the fury of the sea. But when the Jagannath Temple was built, Varuna, the God of the Sea, able to came to the Jagannath temple to pay his respects.

In the meantime sea water entered the city, causing considerable damage to the temple. The devotees prayed to Lord Jagannath who asked Hanuman to explain how the sea entered the city in his presence. Lord Hanuman told that he was not present at that time and was left for Ayodhya without informing him. On hearing about Lord Hanuman's unscheduled visit to Ayodhya, Lord Jagannath got his hands and feet tied with rope (bedi) and asked him to be vigilant on the sea shore day and night. Since his hands and feet tied with rope, thus he is known as 'Bedi Hanuman' or 'Chained Hanuman'.

The presiding deity is a two armed Hanuman, holding a sweet in left hand a gada in his right hand. The outer walls of the temple housed images of different deities. The image of Anjana, holding a baby in her lap, is carved on the western side wall and the image of Lord Ganesha is carved on the southern side wall. Pana Sankranti, Hanuman Jayanti, Rama Navami etc. are the famous rituals observed in this temple.