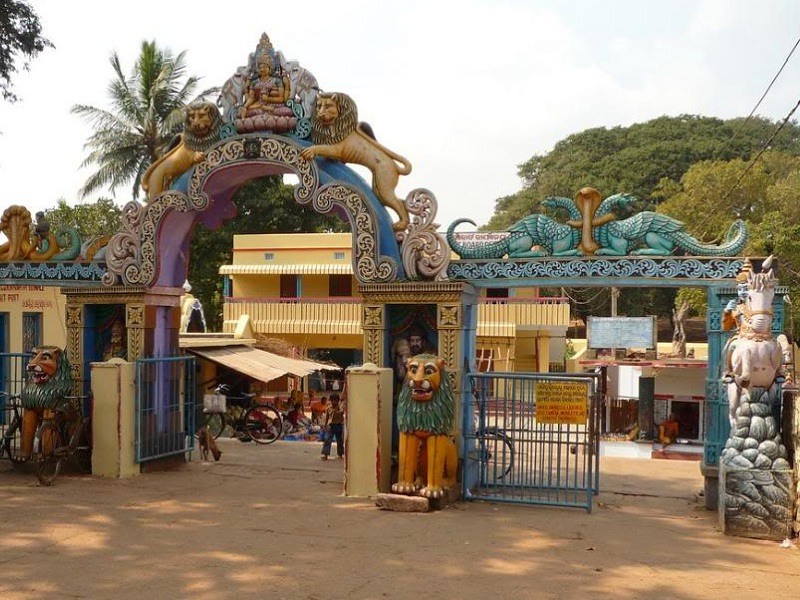 At a distance of 2 km from Sri Jagannath Temple and 4.5 km from Puri Junction, Lokanath Temple is an ancient temple located in the town of Puri. Dedicated to Lord Shiva, it is one of the most important Shiva shrines of Odisha and also one of the popular places to visit in Puri.

The presiding deity of this 11th century temple is Lord Lokanath in the form of lingam. According to history, the lingam in this temple was established by Lord Rama. While Lord Rama on his way to Sri Lanka for searching Sita reached Puri and sat with a vow to see Shiva here. At that time, there was a village named Sabarapalli nearby presented him a Lau or Lauka (Pumpkin) looking like a Shiva linga. Lord Rama installed that as a replica of Siva linga at that place and prayed Shiva to fulfill his desire. Thus the temple is called Laukanatha and later named as Lokanath Temple.

The unique feature of the temple is the Shiva linga is always submerged with water which substantiates the legend that Goddess Ganga flows through the top of the Shiva linga as a stream. It can only be seen on Pankodhar Ekadasi, before Shivaratri, when the water is removed from the lingam. On that day, thousands of devotees come for darshan. It is widely believed that the linga has powers to cure the common people from all types of problems related to health.

The Lokanath temple has four parts and they are Vimana, Jagamohana, Natamandapa and Bhogamandapa. Built with sand stones, the main temple is about 30 feet from the ground level. The outer walls of the main temple housed images of different deities. There is a small temple to the left of the inner courtyard which preserves images of Surya-Narayana and Candra-Narayana. The Satya-Narayan temple within the premises preserves images of Vishnu, Lakshmi and several brass idols.

Saranti Somavar Fair is the main festival which is celebrated with great pomp and fervor. The utsava murti of Lokanath is kept inside the Jagannath Temple, Puri. He is the guardian deity of all the treasures and jewellery of Lord Jagannath.