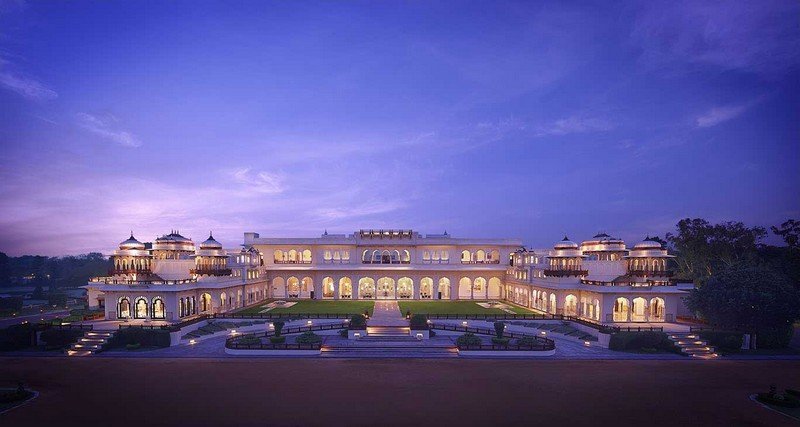 Travel Tips: This is currently a private hotel, but visitors are allowed to take a tour of the palace.

At a distance of 6 km from Jaipur Junction Railway Station, The Rambagh Palace is the former residence of the Maharaja of Jaipur and now a hotel, located on Bhawani Singh Road in Jaipur. It is one of the most beautiful palaces in Jaipur.

The first building on the site was a garden house built in 1835 for the nurse of prince Ram Singh II. In 1887, during the reign of Maharaja Sawai Madho Singh, it was converted into a modest royal hunting lodge as it was surrounded by thick forests at that time. In the early 20th century; it was expanded into a palace with the designs of Sir Samuel Swinton Jacob. Maharajah Sawai Man Singh II made Rambagh his principal residence and added a number of royal suites in 1931. After India became independent and the princely states united, the Palace became the Government House and finally converted as India's first palace hotel in 1957.

Rambagh Palace presents a fine blend of Rajput and Mughal architecture. The palace and landscaped gardens are spread over 47 acres. This palace falls under the Taj Group of Hotels and Palaces. The palace also boasts of a mini golf course. The palace also hosted many dignitaries from India and abroad like Queen Elizabeth and Prince Philip. It was also home to Maharani Gayatri Devi of Jaipur, among the most beautiful women in the world.

Visitors can take a tour of the palace.