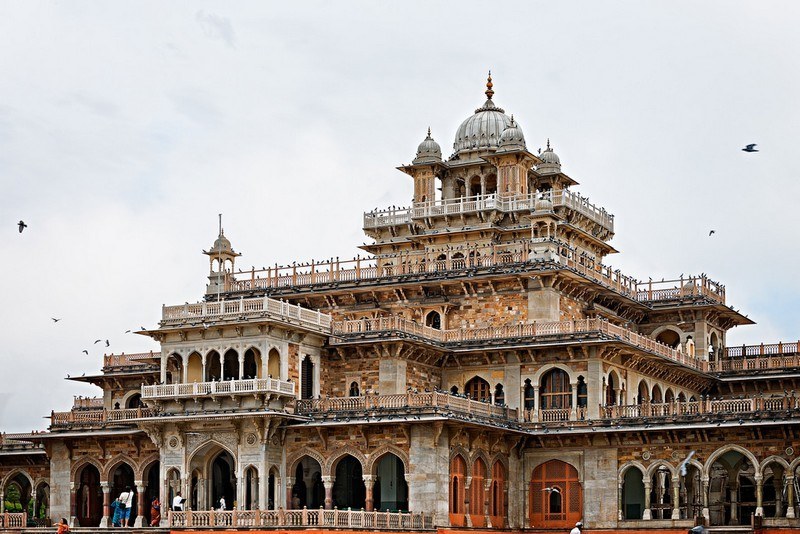 At a distance of 6 km from Jaipur Junction Railway Station, Albert Hall Museum is a museum situated in Ram Niwas Garden outside the city wall opposite the new gate in Jaipur. It is the oldest museum in Rajasthan, and one of the popular places of sightseeing in Jaipur.

The Albert Hall Museum is functioning as the State Museum of Rajasthan. The Hall was built by Maharaja Sawai Ram Singh II. The foundation stone of Albert Hall was laid during the visit of the Prince of Wales, Albert Edward to Jaipur in 1876 and it was completed in 1887. The building was designed by Sir Samuel Swinton Jacob and was opened as a public museum in 1887. It is also called the Government Central Museum. Maharaja Ram Singh initially wanted this building to be a town hall, but his successor, Madho Singh II, decided it should be a museum for the art of Jaipur.

It is a fine example of Indo-European architecture. The design of the museum is quite similar to the Victoria and Albert Museum in London. The museum building includes many archways, towers, and courtyards. With its beautifully elaborate domes and carved arches constructed from inlaid sandstone, Albert Hall is an impressive structure, and among the must-visit places during your Jaipur trip. The corridors were decorated with several murals including the Ramayana, reproducing paintings from illustrations in the Persian Razmnama prepared for Emperor Akbar.

This museum houses 19,000 historic objects and has various collections like metalware, ivory work, lacquer work, jewellery, textiles, pottery carved wooden objects, arms and weapons, clay models, sculptures, educational, scientific, and zoological objects, tribal costumes, ceramics, oil, and miniature paintings, inlay work, musical instruments, clocks, and marble statues. The museum also has an array of rare articles on its display including textiles, carpets, flora and fauna of the state, toys, dolls, and even an Egyptian mummy that belongs to the Ptolemaic Epoch. This museum stores the most famous Persian Golden Carpet which was purchased by Raja Jai Singh from Persian King Shah Abbas.

The complex also houses a zoo, a greenhouse, an aviary, and a sports ground, besides the museum.