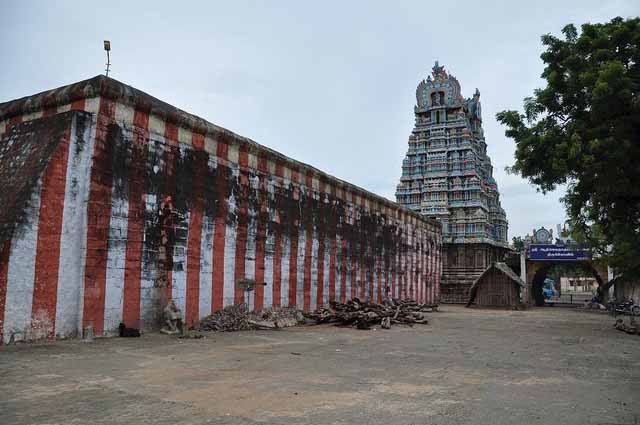 #10 of 12 Places to Visit in Rameshwaram

Travel Tips: This place is usually visited along with Ramanathapuram (15 km)

At a distance of 15 km from Ramanathapuram, and 66 km from Rameshwaram, Thirupullani is a temple town situated near Rameshwaram. It is one of the prominent places of pilgrimage in Tamilnadu, and among the must-visit places during your Rameshwaram Trip.

The town is known for Aadi Jagannatha Perumal Temple dedicated to Lord Vishnu. Popularly known as Thirupullani Temple, it is one of the 108 Divya Desam temples of Lord Vishnu. It is also known as Dharbasayanam as Rama took rest on a couch of grass at this place. Other names of this place are Thiruvadanai, Pularanyam, Adhisethu and Ratnaharam.

This ancient temple not only attracts visitors because of its sacredness but also for its historical background and architectural excellence. Built during the reign of Cholas, various contributions were made to this temple during Pandyan rule and the rule of Sethupathy Kings. It is now maintained by the Hindu Religious and Endowment Board of Tamil Nadu Government.

Built-in the Dravidian style of architecture, the presiding deity of the temple is Lord Dharba Sayana Rama. The specialty of this temple is that Lord has been shown in a reclining posture. There are also separate shrines for Goddess Padmasini, who is the consort of Lord Adi Jagannatha, Goddess Shridevi, Goddess Bhudevi, Lord Krishna.