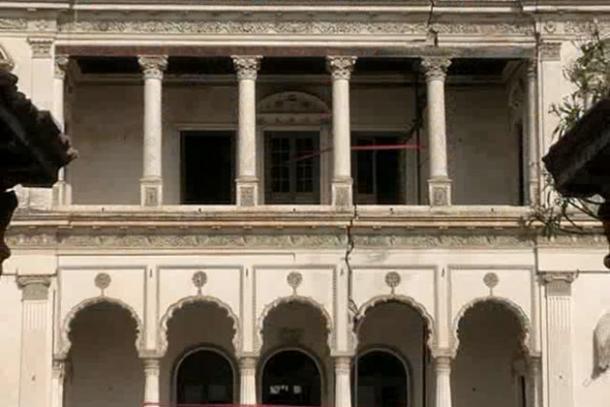 #3 of 12 Places to Visit in Nizamabad

Travel Tips: This place is 7 km from NH7 between Ramayampet and Kamareddy and can be visited with 1-2 hrs extra effort while visiting Sriram Sagar Dam or Kuntala Falls

At a distance of 300 m from Domakonda Bus Stop, 87 km from Nizamabad Bus Station and 112 km from Hyderabad, Domakonda Fort is situated in Domakonda Village in Nizamabad district of Telangana.

Domakonda was a princely region under Qutb Shahis and Asaf Jahis. The Reddy rulers of Domakonda built the fort in the 18 century at a sight where a fort existed earlier. The fort posses wonderful architecture to be explored and stands a testimony to the grandeur of Telangana heritage.

This fort is also called Gadi Domakonda or Killa Domakonda. It is one of the beautiful forts present in Telangana. The architecture of the fortress displays both Hindu and Muslim styles. It has an elevated compound of granite rocks that forms the fort wall, followed by the beautiful two-storied fort structure.

Domakonda Fort was primarily used as a fortified defensive structure. There are many temples in the vicinity, such as the Mahakali Temple and the Lord Shiva Temple which was constructed by Kakatiya rulers. The temple stands on an elevated platform with a beautifully carved Nandi outside the temple. The Shiva temple has 18 pillars which are made of carved stone.

At present, the fort and temples in Domakonda are under the control and protection of the Government of India. The site is now open to tourists and visitors throughout the year.