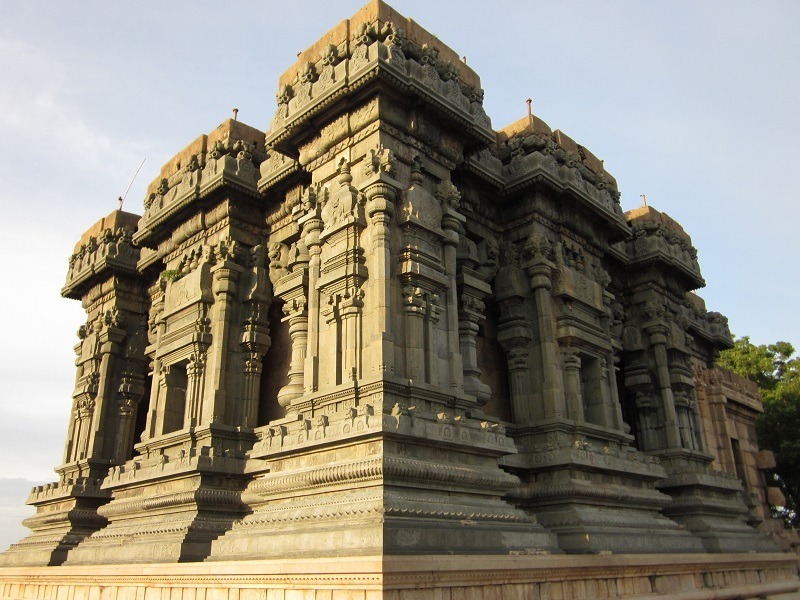 #7 of 12 Places to Visit in Nizamabad

Travel Tips: This place is about 2 km from NH-7. If you are visting Basara/Nizamabad/Nirmal/Adilabad from Hyderabad, this place can be visited with about one hour extra effort.

At a distance of 4 km from Dichpally Bus Stand, 19 km from Nizamabad Bus Station, 160 km from Hyderabad, Dichpally Ramalayam is located at Dichpally Village in Nizamabad District of Telangana.

Dichpally Ramalayam or Khilla Ramalayam is one of the ancient temples in Nizamabad. The temple was built by the Kakatiya kings in the 14th century. It is dedicated to Lord Rama, the incarnation of Vishnu. The temple has a mandapa followed by the sanctum. The vimana of the sanctum is missing.

This temple is one of the finest examples of stone architecture, built in white and black Basalt stone. It exhibits the excellent craftsmanship through wonderful carvings of goddesses, animals, beautiful pillars and artistic beams of outer walls which attract large number of visitors. There are several carvings of exotic scenes from Kamasutra on the upper side of outer walls. There is a lake towards southern side of the temple that has a broken mandapa in the middle. The temple provides panoramic view of the village and fields around the lake.

The Ramalayam Temple is located on a small hillock in the middle of the village. This temple has about 100 steps to reach the temple. The entrance to the steps is graced by a decorative gateway which is richly engraved and bearing the Kakatiya style of architecture. Before the main shrine, there is a large stone fort-like entrance with a small entrance. There was a fort surrounding the temple earlier and that is why it is called Khilla (Fort) Ramalayam.

The temple was left incomplete and idols were installed in 1940s. The temple is visited by thousands of devotees on Sri Rama Navami day (around April).