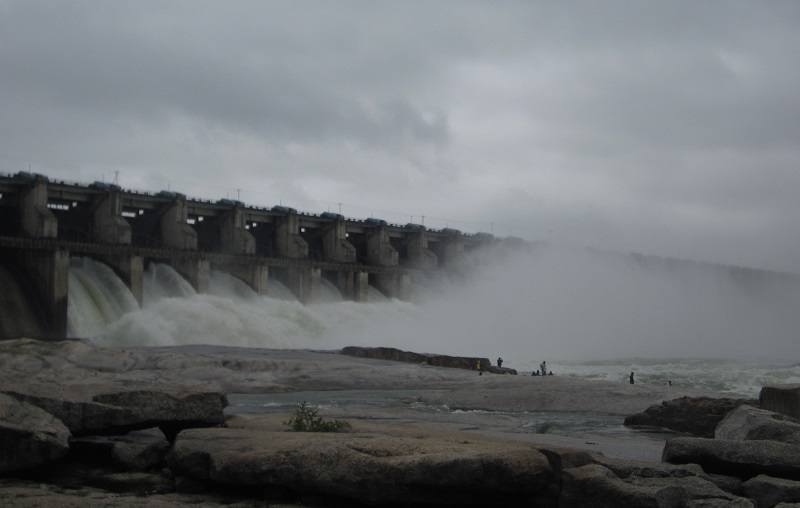 #1 of 12 Places to Visit in Nizamabad

Place Location: Between Armoor And Nirmal

Travel Tips: Sriram Sagar Dam can be visited with 1-2 hours extra effort while visiting Basara or Kuntala Falls. This place is 25 kms from Armoor and 5 kms from NH-7 (which goes to Kuntala Falls).

At a distance of 53 km from Nizamabad Bus Station, 20 km from Nirmal Bus Station and 207 km from Hyderabad, The Sriram Sagar Project also known as the Pochampadu Project is located in Nizamabad district of Telangana. It is one of the largest irrigation projects in Telangana and also one of the best Places to visit in Telangana during rainy season.

Built on Godavari River, foundation of the dam was laid on 26th July 1963 by the late Jawaharlal Nehru. Sriram Sagar serves irrigation needs in Karimnagar, Warangal, Adilabad, Nalgonda, and Khammam districts. It also provides drinking water to Warangal city. There is a hydroelectric plant working at the dam site with 4 turbines each with 9 MW capacity.

The dam's capacity is 75 billion cubic feet and it has 42 floodgates. It also includes Kakatiya Canal covering 284 km, Laxmi Canal, Saraswati Canal and Flood flow canal. Most of the catchment area upstream of this dam is located in Maharashtra. The project proposal was first investigated by erstwhile Hyderabad state under Nizam rule to utilize 227 tmc of upper Godavari river water. The live storage capacity of Sriram Sagar dam is limited to 90 tmc to reduce submerging area in Maharashtra. As of August 2013, the project has an estimated capacity of 80.66 TMC.

This project offers a pollution free environment to holiday makers and is considered an excellent picnic spot. The department of tourism maintains an island near the dam, which is a retreat for migratory birds in all season. The dam also has an excellent garden nearby which also offers a boating facility in the picturesque waters of the massive reservoir. Sri Rama temple is also present which is located near the riverbank and one of the most attractive places in Godavari pushkaralu. This place attracts lot of tourists during the monsoon season when the gates are open. Tourists are also allowed on to the dam when the gates are open. There is a path to reach the bottom the gates to enjoy the view the gates are open.