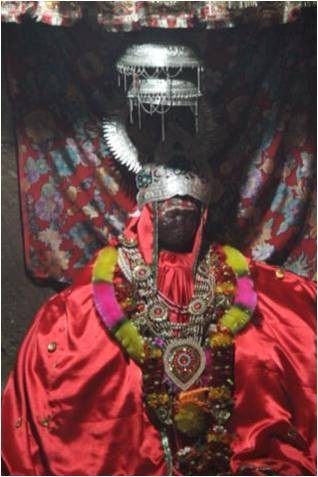 #1 of 5 Places to Visit in Bulandshahr

At a distance of 58 km from Bulandshahr, 55 km from Aligarh & 145 km from New Delhi, Belon is a small village located near Narora town in Bulandshahr district of Uttar Pradesh. Belon is famous for the old temple of Goddess Belon. The name Belon is derived from Bilwan which comes from its groves of Bael Tree.

Belon temple is a very old Hindu temple and is also important Hindu pilgrimage site. The temple is dedicated to Sarva Mangala Devi, the goddess of all wellbeing. A visit to the temple is believed to bring happiness in all aspects of one's life. Pilgrims come from many parts of Uttar Pradesh to catch a glimpse of mother goddess, to perform prayers.

There is a tradition of playing Holi with Tesu Phool (Flowers of Palash). This temple is usually crowded by tourists during the months of October through March. Thousands of people visit the shrine during Navratris ﴾during Dusserah﴿ and during Ram Navami.