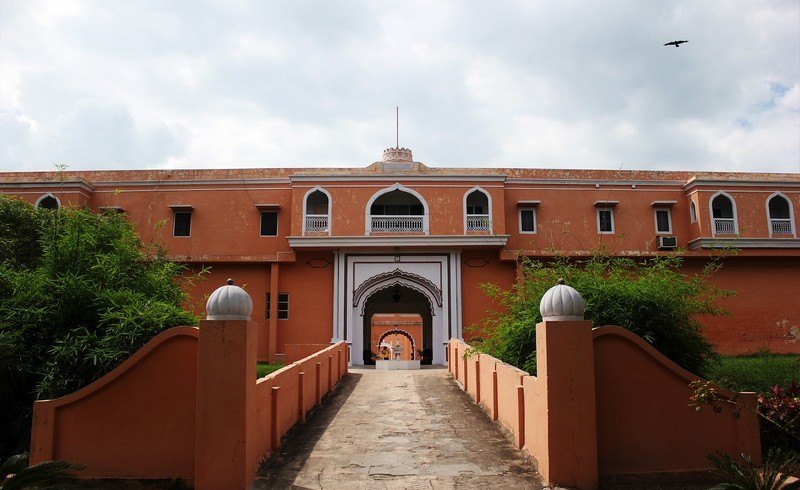 At a distance of 65 km from Noida, 85 km from Delhi, 110 km from Gurgaon, 68 km from Meerut, and 414 km from Lucknow, Bulandshahr is a town and headquarters of Bulandshahr district in Uttar Pradesh. It is part of the Delhi National Capital Region (NCR).

According to legend, this region is close to the capital of the Pandavas - Indraprastha and Hastinapur. After the decline of Hastinapur, Ahar, which is situated in the north-east part of Bulandshahr District, became an important place for the Pandavas. A Tomar king named Ahibaran, laid the foundation of a fort called Barn here and established his capital. The city was earlier called Barn city and since it was perched on a highland, it also came to be known as the High City. Subsequently, the city got the name Bulandshahr, which in Persian means High City.

The Barn kingdom was a great center for trade, commerce and arts, which existed for hundreds of years. In 1192 AD when Muhammad Ghauri conquered parts of India, his general Qutubuddin Aibak surrounded Barn, defeated King Chandrasen Dor and took control of the Barn kingdom.

The ancient ruins found at places like Bhatora Veerpur and Ghalibpur offer glimpse into the past of Bulandshahr. There are several other important places in the district from where antiquities have been retrieved. Several artifacts are preserved in the Lucknow State Museum. Some of the places of interest include Ahar, Belon, Garhmukteswar, Kuchesar, Unchagaon and Sikandrabad.

The best time to visit Bulandshahr is from October to February.

How to Reach Bulandshahr - Full Details

Top 10 Places to Visit in Bulandshahr

#1 of 6 Places to Visit in Bulandshahr

At a distance of 41 km from Meerut, 56 km from Muzzafarnagar, 99 km from Ghaziabad, 105 km from Bulandshahr, 117 km from Saharanpur, 129 km from New Delhi, 132 km from Haridwar, 163 km from Dehradun, 221 km from Bareilly, 258 km from Mathura, 290 km from Agra, 447 km from Lucknow, and 523 km from Kanpur, Hastinapur is a historical city in the Meerut district of Uttar Pradesh. It is one of the popular places to visit in India, and among the must-include places in Uttar Pradesh tour packages.

Situated on the right bank of the holy Ganges near Meerut, Hastinapur is an ancient town that was the center of the glorious tales of the great Hindu epic Mahabharata. In Sanskrit, Hastinapura translates to 'the City of Elephants'. It was the legendary capital of Kauravas. Legend has it that the Great War of Mahabharata was fought between the Pandavas and Kauravas here. Many geographical, natural, .....

#2 of 6 Places to Visit in Bulandshahr

At a distance of 58 km from Bulandshahr, 55 km from Aligarh & 145 km from New Delhi, Belon is a small village located near Narora town in Bulandshahr district of Uttar Pradesh. Belon is famous for the old temple of Goddess Belon. The name Belon is derived from Bilwan which comes from its groves of Bael Tree.

Belon temple is a very old Hindu temple and is also important Hindu pilgrimage site. The temple is dedicated to Sarva Mangala Devi, the goddess of all wellbeing. A visit to the temple is believed to bring happiness in all aspects of one's life. Pilgrims come from many parts of Uttar Pradesh to catch a glimpse of mother goddess, to perform prayers.

There is a tradition of playing Holi with Tesu Phool (Flowers of Palash). This temple is usually crowded by tourists during the months of October through March. Thousands of people visit the shrine during Navratris ﴾during Dusserah﴿ and during Ram Navami.

#3 of 6 Places to Visit in Bulandshahr

At a distance of 39 km from Bulandshahr, 55 km from Meerut, 58 km from Ghaziabad, 75 km from Noida, 83 km from New Delhi and 172 km from Mathura, Kuchesar is small village in Bulandshahr district of Uttar Pradesh. Kuchesar is an ideal weekend getaway from Delhi, Noida & Gurgaon. Kuchesar is known for the Kuchesar Fort, also known as Rao Raj Vilas, built by the Jat rulers.

The fort was built in the mid-18th century by the Jat rulers and is surrounded by a 100-acre mango grove. During 1740, the Jats became strong military power who originally belong to Mandoti in Haryana and were the descendants from the Jats of the Dalal sub-caste.

The Kuchesar Fort was brought into the Ajit Singh's family's possession in the 18th century when the Mughal emperor Najib-ud-Daulah bestowed the Jat family with the title of Rao Bahadur and the Jagir of Kuchesar comprising of 365 villages. The mud fort of Kuchesar was captured in 1763 but was recovered .....

#4 of 6 Places to Visit in Bulandshahr

At a distance of 38 km from Bulandshahr, 91 km from Gaziabad, 102 km from Noida & 123 km from New Delhi, Unchagaon is village situated near River Ganges at a distance of 36 km from Garhmukteswar in the state of Uttar Pradesh. It is an ideal place to visit from Delhi & Noida for a quick day trip. Unchagaon is known for sightings of Gangetic Dolphins.

Unchagaon is also famous for Unchagaon Fort. This is a mud fort built during 1850s and belonged to Rajput Zamindars. Now it is owned by Raja Surendra Pal Singh, who inherited it at the age of 10. This palace was renovated by Surendra Pal Singh and now part of it is opened as a heritage resort.

The imposing white facade of Fort is surrounded by well-manicured, lush verdant lawns. A section of the fort is still used by the Rajas as residence. Another part of the palace, The Court, used to be the main office of the Zamindars in the 18th century. Today, it has a conference hall and seven bedrooms that display the grandeur of the past. .....

#5 of 6 Places to Visit in Bulandshahr

At a distance of 68 km from Ghaziabad, 52 km from Bulandshahr, 44 km from Meerut & 93 km from New Delhi, Garhmukteshwar is a holy town in Hapur district of Uttar Pradesh. It is situated on the banks of holy Ganges River and is a well known tourist place near Delhi, Noida & Gurgaon..

Garhmukteswar is mentioned in Bhagvat Purana and the Mahabharata. It is believed that Garhmukteswar was a part of ancient city Hastinapur, the capital of Kauravas. There is an ancient fort which was believed to have been constructed by the Pandavas It was later renovated by a Maratha General Mir Bhawan during Anglo Maratha War. Not much remains of that Fort now and one can only trace some ruins.

The name Garhmukteswar is derived from the great temple of Mukteshwar Mahadeva, dedicated to Lord Shiva and goddess Ganga. This temple is one of the most known and ancient temples located in Garhmukteshwar and said to have been built by King Shivi. There is a huge Shiva Linga installed inside this temple .....

#6 of 6 Places to Visit in Bulandshahr

At a distance of 45 km from Bulandshahr, Ahar is a small town situated in Bulandshahr district of Uttar Pradesh.

Ahar has its origin from the time of the Mahabharata. According to the Hindu mythology, at the time of the Mahabharata Duryodhana poisoned Bhima to kill and threw him into Ganga River. He was floating in river and reached village Ahar which was then ruled by the Nagvanshi rulers. The Nagvanshi rulers rescued Bhima and cured him. Thereafter, Bhima returned to Hastinapur.

Ahar is located on the banks of Ganges River and is known for ancient temples of Lord Shiva and Goddess Avantika. Goddess Avantika is another form of Goddess Durga. The temple draws devotees from surrounding regions throughout the year. The temple complex is unusually crowded during the festivals of Navratris and Shivratri.