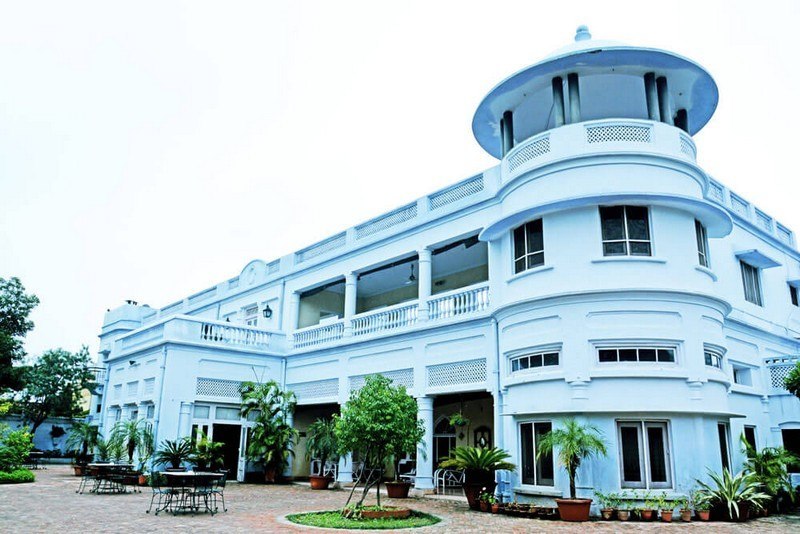 #3 of 5 Places to Visit in Bulandshahr

At a distance of 38 km from Bulandshahr, 91 km from Gaziabad, 102 km from Noida & 123 km from New Delhi, Unchagaon is village situated near River Ganges at a distance of 36 km from Garhmukteswar in the state of Uttar Pradesh. It is an ideal place to visit from Delhi & Noida for a quick day trip. Unchagaon is known for sightings of Gangetic Dolphins.

Unchagaon is also famous for Unchagaon Fort. This is a mud fort built during 1850s and belonged to Rajput Zamindars. Now it is owned by Raja Surendra Pal Singh, who inherited it at the age of 10. This palace was renovated by Surendra Pal Singh and now part of it is opened as a heritage resort.

The imposing white facade of Fort is surrounded by well-manicured, lush verdant lawns. A section of the fort is still used by the Rajas as residence. Another part of the palace, The Court, used to be the main office of the Zamindars in the 18th century. Today, it has a conference hall and seven bedrooms that display the grandeur of the past. The living room is a mini museum, with imposing portraits of the ancestors, tiger skins and a rare collection of swords.