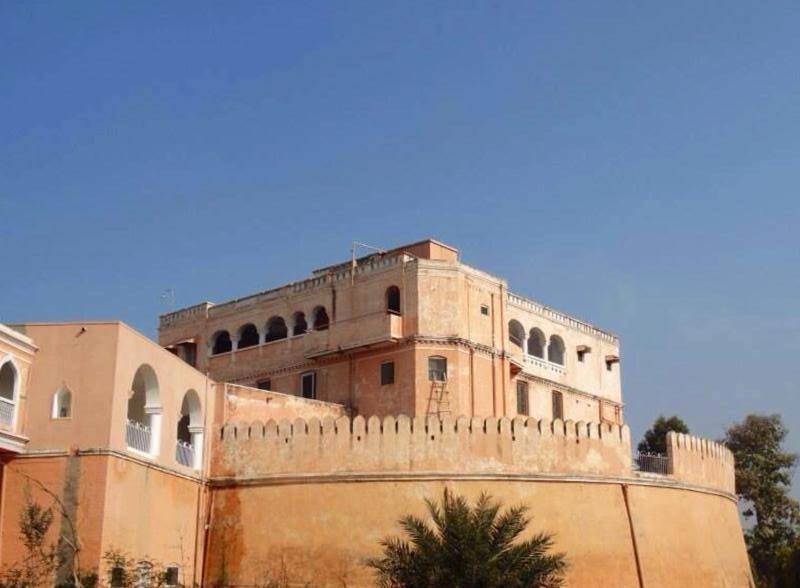 #2 of 5 Places to Visit in Bulandshahr

At a distance of 39 km from Bulandshahr, 55 km from Meerut, 58 km from Ghaziabad, 75 km from Noida, 83 km from New Delhi and 172 km from Mathura, Kuchesar is small village in Bulandshahr district of Uttar Pradesh. Kuchesar is an ideal weekend getaway from Delhi, Noida & Gurgaon. Kuchesar is known for the Kuchesar Fort, also known as Rao Raj Vilas, built by the Jat rulers.

The fort was built in the mid-18th century by the Jat rulers and is surrounded by a 100-acre mango grove. During 1740, the Jats became strong military power who originally belong to Mandoti in Haryana and were the descendants from the Jats of the Dalal sub-caste.

The Kuchesar Fort was brought into the Ajit Singh's family's possession in the 18th century when the Mughal emperor Najib-ud-Daulah bestowed the Jat family with the title of Rao Bahadur and the Jagir of Kuchesar comprising of 365 villages. The mud fort of Kuchesar was captured in 1763 but was recovered by the Jat rulers by 1782 and it remained under their control until British captured it in 1807.

The Mud Fort has seven turrets built in defense against British cannon attack. A wide moat was dug to create the ramparts. The main palace overlooks gardens on three sides and on the west are the ruins of a replica of Robert Clive's house in Kolkata. Now, a part of the Fort was restored by Neemrana Hotels and turned into a heritage hotel in 1998.

The royal family currently resides in one part of the house built in the colonial style. The section that has been made into the hotel bears influence of Mughal architecture.