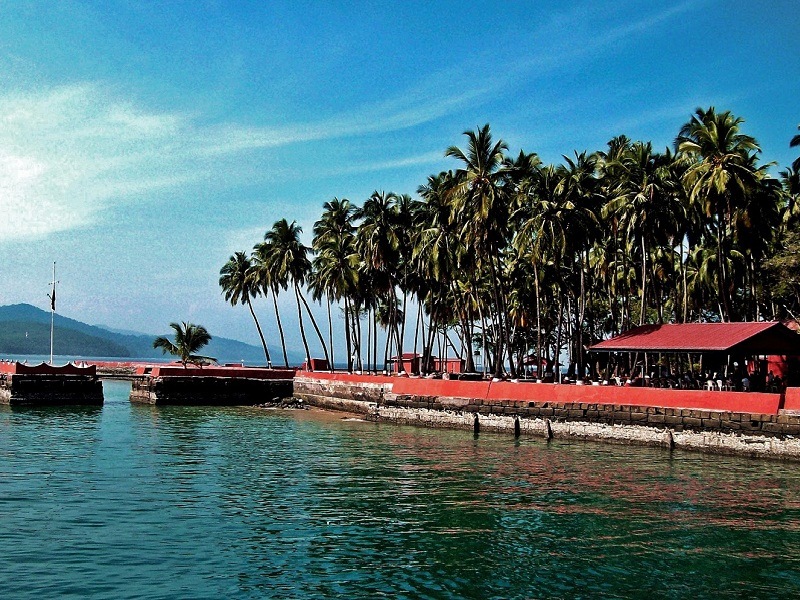 #8 of 31 Places to Visit in Andaman Islands

At a distance of 3 km from Port Blair, Ross Island is a small island situated in the South Andaman district of the Andaman & Nicobar Islands. Now, the island is under the control of the Indian Navy and also one of the famous places to visit in Andaman tour.

The island presently houses the ruins of old buildings like Ballroom, Chief Commissioner's House, Church, Hospital, Bakery, Press, Swimming Pool, and Troop Barracks. All the buildings are almost in ruins and represent British lifestyle. There is a graveyard and a small museum called Smritika on the island, which has a collection of age-old records.

Ross Island has thick forests and full of coconut trees. One can spot lots of deers, peacocks and other birds here. There is a 10 m high circular Lighthouse at the northern end of the island, which was constructed in 1977. The tower is approachable during the low tide. It was at this lighthouse that photo voltaic panels were introduced for the first time in India, to charge the batteries for the operation of light.

The Ross Island is about 3 km east of Port Blair and can be reached by a short boat ride from Phoenix Bay Jetty or Water Sports Complex. The island is open to the public for all days except Wednesday. The only way to explore the island is by foot. Ross Island is pretty small and there is no local transport to take tourists around the island. It takes just a couple of hours to explore the entire island. There is just one small shop on the island from where tourists can buy snacks and soft drinks. There is also a Sound & Light show which narrates the history of the island.

Ticket Counter Timings: 8.30 AM to 3 PM on all days except Wednesday.

Light & Show Timings: 5.30 PM on all days except Wednesday.