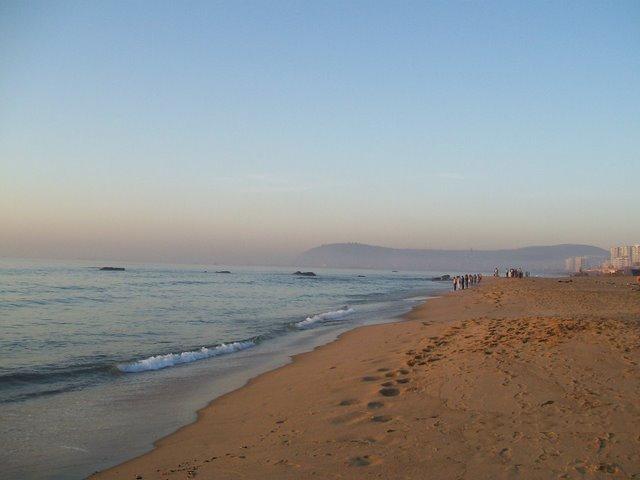 Travel Tips: This beach is not safe for swimming; there were several incidents of people drowning in the sea at this place.

This beach occupying large parts of the seafront is a great spot to spend time leisurely. The RK Beach was jointly developed by the Municipal Corporation of Visakhapatnam (MCV) and the Visakhapatnam Urban Development Authority (VUDA). The Submarine Museum, Visakha museum, Sri Ramakrishna Mission Ashram, an aquarium, Kali Temple, statues of prominent personalities, road side restaurants and parks are added attractions of RK beach. The beach is best known for the INS Kursura Submarine Museum, which preserves the Kalvari class submarine. The war memorial called 'Victory at Sea' at the shore of the beach was constructed as homage to soldiers of the 1971 war.

RK beach is famous for family outings and it attracts large number of visitors. The beach is perfect for catching mesmerizing sunrises. While the Rama Krishna Beach is not safe for swimming, there are many attractions and activities to keep visitors busy. Offering various kinds of water activities to the travellers, the beach is popular for sunbathing, beach volleyball and wind as well as water surfing. Deep sea angling is another prominent activity, which is carried on traditional fishing boats. Andhra Pradesh Tourism offers boating from fishing harbour here.

Visakha Utsav, the annual festival of the district always gives a greater importance to the RK Beach. Andhra University conducts special research projects at the beach to save the Sea Tortoises during their breeding seasons.