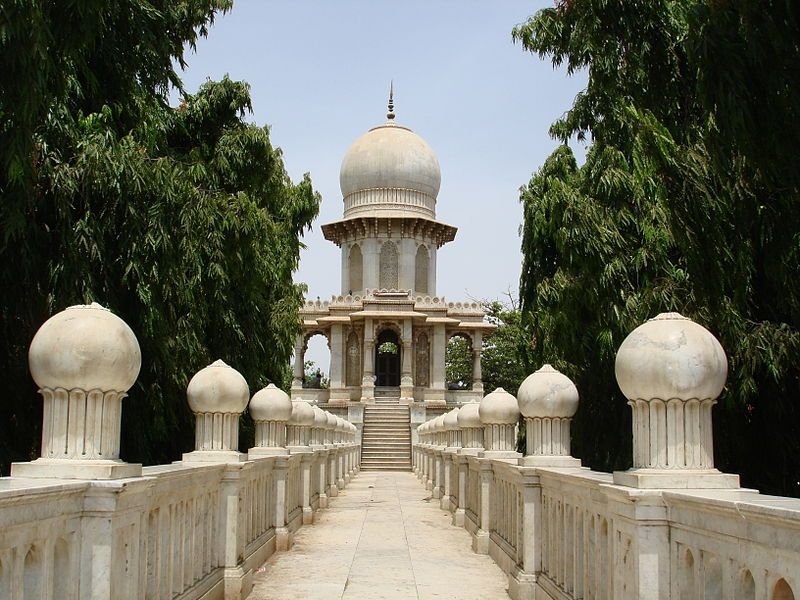 #6 of 17 Places to Visit in Bhavnagar

Place Location: On The Banks Of Gangajaliya Talao

At a distance of 1 km from Bhavnagar Railway Station, Ganga Deri is a memorial situated on the banks of Gangajaliya Talao in Bhavnagar, Gujarat. It is one of the historical places to visit in Bhavnagar.

Ganga Deri is a historical monument standing tall in the middle of the city as a silent witness through the history of Bhavnagar. This marble monument was built in 1983 AD by Maharaja Takhtsinhji in memory of his wife Maharani Rajba who died in 1875 while giving birth to the heir Bhavsinhji. It was designed by Sir John Griffith, who was the principal of J.J. School of Art, Bombay.

The architectural style of the monument is a synthesis of Mughal and Rajput. Looks like a mini Taj Mahal, this elegant edifice has a chhatri, pavilion, and bridge all of which are built of white marble. The grills carved with delicate floral motifs and the columns are the distinctive features of the monument. This two storied structure was built as the centerpiece of the then Gangajaliya Talao. Though today, it stands on the banks of the lake which shrank as it has been reclaimed for other uses, it still holds its own identity.