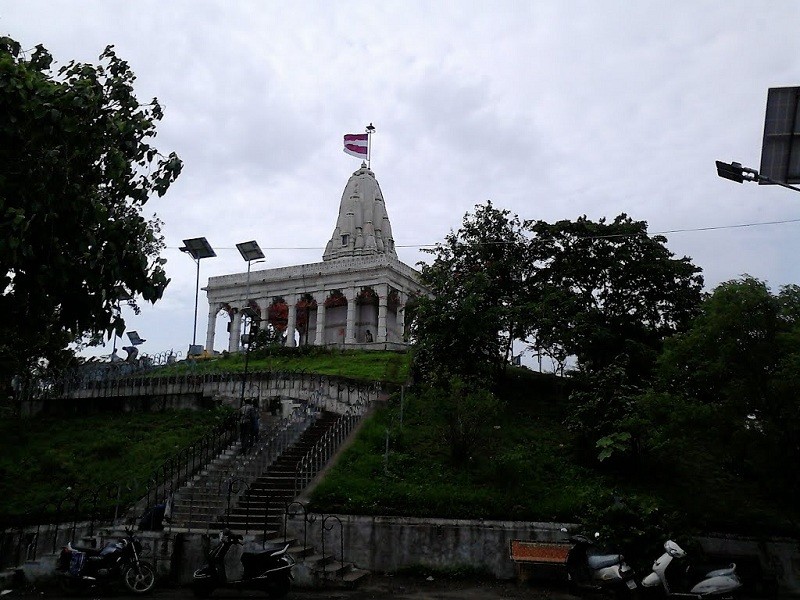 #1 of 17 Places to Visit in Bhavnagar

Place Location: At The Center Of The City

At a distance of 3 km from Bhavnagar Railway Station, Takhteshwar Temple is a Hindu Temple situated on a small hillock in the center of Bhavnagar city in Gujarat. It is one of the oldest temples in Gujarat, and among the prime places to visit as part of Bhavnagar sightseeing packages .

Takhteshwar Temple is dedicated to Lord Shiva. The temple was constructed in the year 1893 and was named after Maharaja Takhtsinhji who ordered to build the temple. Maharaja Takhtsinhji was one of the most influential rulers in the history of Bhavnagar. The entire area of the temple imparts a holistic feeling while giving the devotees a feeling of tranquility and attainment with god.

Regarded as one of the prime places to visit in Bhavnagar, Takhteshwar temple is completely made of white marble in the Gujarati style of architecture. Supported on 18 ornately carved pillars, the temple has a beautiful main hall, featuring a three-eyed Lord Shiva idol and a magnificent courtyard that boasts a small statue of Nandi. One can see the sacred Hindu gods and symbols drawn with the hand around the temple. From the temple, one gets to see the spectacular view of the Gulf of Cambay and the city of Bhavnagar.