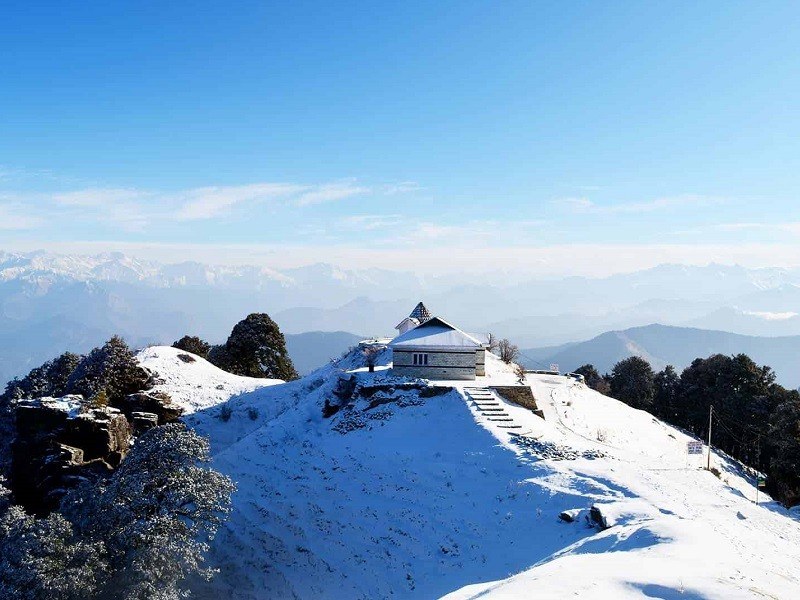 #2 of 8 Places to Visit in Narkanda

At a distance of 7 km from Narkanda Bus Station, Hatu Peak is a mountain peak located in Narkanda. It is one of the highest peaks in Himachal Pradesh and among the must-visit places in Narkanda for skiing lovers and trekking enthusiasts.

Located at an elevation of 3400 m above sea level, the Hatu Peak is the highest peak in Shimla district of Himachal Pradesh. The peak is a paradise on earth as it is surrounded by the snowcapped Himalayas and dense forest. The forest is a mixed one, comprising a varied population of deodar, fir, spruce, cedar, and blue pine. For the rulers of the erstwhile hill states, Hatu Peak was of great strategic importance because of its commanding position and was accepted as a boundary between the states. The Gorkhas captured it early in the 19th century and established a fort at the top of Hatu Peak. Later, the British dismissed them from the Hatu heights.

The Hatu Mata Temple rests atop the hill on Hatu Peak and holds great religious significance to the locals. The temple is dedicated to Mandodari, the wife of King Ravana. The 360-degree views of the surrounding from the temple are truly breathtaking. Adding to the peak's historical and cultural significance is a small stove like formation that sits right next to the temple, which is believed to have been used by the Pandava brothers for cooking food during their exile.

Rewarding its visitors with a view of the lush green alpine that sweeps across the landscape, Hatu Peak is famous for its ski slopes. The slopes of Hatu Peak are perfect for the skills of beginners as well as experienced skiers. A sub-center of the Mountaineering and Allied Sports Institute at Manali runs adventure activities here in winter every year. Such a rich landscape and stunning view are bound to invite the lovers of the green, and hence, Hatu Peak is a very popular trekking spot for many. One can also visit Jau Bagh, a grassy meadow situated just a km away from the Hatu temple.

Hatu Peak is around 7-8 km total uphill drive from the Narkanda town and can be reached by hiring a taxi or on foot. The 7 km trekking trail to Hatu Peak starts from Narkanda and ends at Hatu Peak. The trek is considered to be moderate and takes close to 3 hours to reach the top. Mostly taken at the beginning of summer, the trek is a walk to remember in the alpine of Himalayas through steep curves, muddy paths, and hairpin bends. While in winter, the trek is, even more, engrossing with stunning mountain views and snow-covered trail. Hatu Peak is Ideal for camping and offers a beautiful opportunity for stargazing in the night. There is also an HPTC tourist lodge that offers accommodation to travelers, but many folks prefer to come with their own tents and there are some decent grounds around the Hatu Temple.