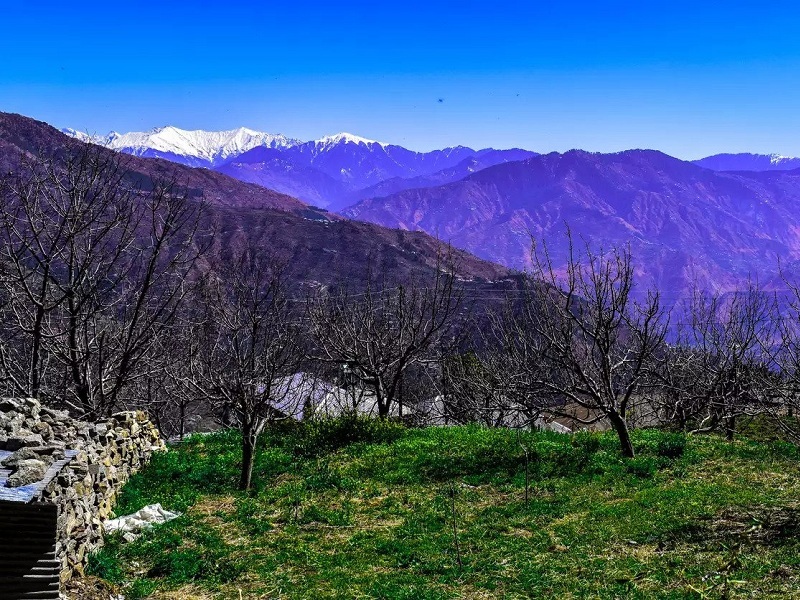 #3 of 8 Places to Visit in Narkanda

At a distance of 15 km from Narkanda and 77 km from Shimla, Kotgarh is a quaint hill town situated in the Shimla district of Himachal Pradesh. Located on the old Hindustan-Tibet road, it is regarded as the apple bowl of India and among the offbeat destinations to visit as part of the Narkanda Tour Packages.

At an altitude of 6,500 feet, Kotgarh, located on the left bank of river Sutlej, is an ancient valley famous for its U shape and acres of apple orchards. The small hamlet of Kotgarh is also known for its scenic beauty. nd the snow-covered mountains of the mighty Himalayas from the Kotgarh Valley. The famous writer Rudyard Kipling, in one of his short stories named 'Lispeth', called Kotgarh the 'Mistress of the Northern Hills'.

In the early 19th century, Kotgarh provided one of the playing fields for the war games between the states of Nepal, Kangra, Kullu, Punjab, and the then-ascendant British East India Company. After a lot of flux, a steady-state was achieved in 1843, when the East India Company took over Kotgarh after pushing back the invading Gurkhas. The British government encouraged missionary work in Kotgarh and became a mission station along with Simla, Kangra, and Dharamsala. In 1843, a mission center and the Gorton Mission School were set up. Then, in 1872, St Mary's Church was built next to the school.

Kotgarh is famous for not only its scenic beauty but also for its apple cultivation in the Shimla hills began in early 1900. An interesting story behind the apple revolution in Kotagarh. Once a poverty and unproductive area, Kotagarh is now considered as one of the wealthiest regions in Himachal Pradesh. In 1916 Samuel Stokes, a social worker from Philadelphia, USA came to Kotagarh as a missionary worker. Even though he was involved with the spreading of Christianity, Stokes attracted the beauty and the culture of Kotgarh and eventually settled down.

Though he came to Kotgarh as a missionary worker, he converted from Christian to Hindu and changed his name to Satyanand Stokes. In Kotgarh, he cultivated a delicious variety of apples in his farm, which he imported from the famous nursery Growers- Stark Brothers of Louisiana. He encouraged the local farmers to plant apples in their fields thereby bringing prosperity to the people and made Kotgarh the first place in India to grow apples. In addition to the apple orchards, Kotgarh and Thanedar belt is also famous for fruit orchards like cherry and strawberry.