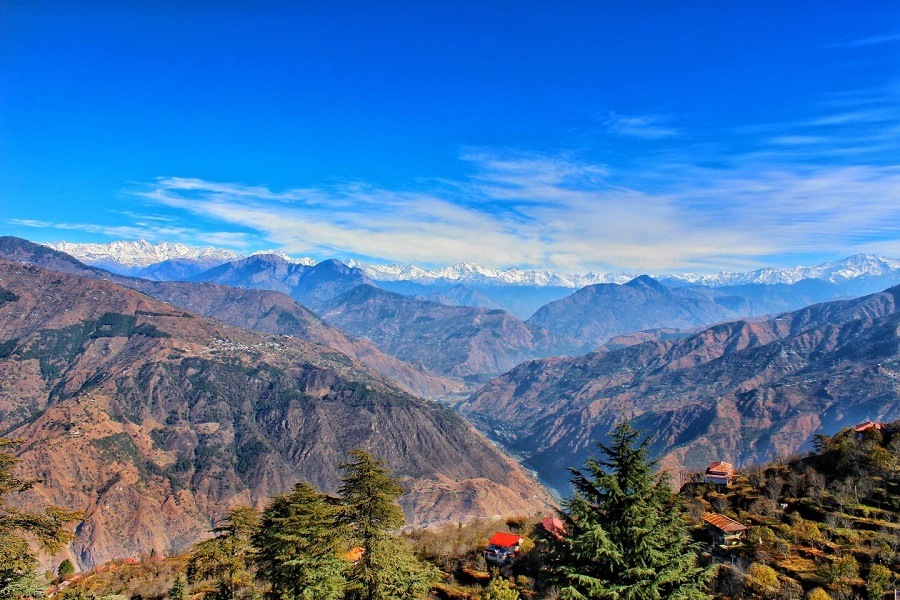 #5 of 8 Places to Visit in Narkanda

At a distance of 16 km from Narkanda, Stokes Farm is an apple orchard located at Thanedhar in Himachal Pradesh. It is the oldest apple orchard in Shimla district and among the top places to visit in Narkanda.

Stokes Farm is located in Thanadar village and is world-famous for its magnificent apple orchards. Mr. Satyanand Stokes an American who later on settled in India started apple cultivation in this region in 1916. He came to India on a leprosy mission in 1904 and was advised to recover in Kotgarh near Thanedar in Himachal when the heat of the plains got to him. With time to kill, he experimented with planting the apples. The success of his efforts transformed the economy of the state and today Himachal Pradesh has become a significant exporter of apples.

The mysteriously attractive Stokes Farm is spread over a vast land and is famous for a wide variety of apples including the famed golden apples, red delicious, and royal delicious. Today, this farm provides livelihood to several locals, especially women. Visitors can also buy apple wines and jams that are manufactured in the region. A walk through these sprawling orchards is one of the most fascinating and enjoyable experiences the town has to offer.

One can also visit the stately house of Stokes on Barubagh Hill. Built-in 1912, it is a three-storeyed structure made of stone, wood, and slate. It was here that Samuel Stokes' delicious experiments with apples began. Stokes also built the Paramjyoti Mandir on the hill. The temple was constructed in 1937 using unique grey-stone and Burma teak. There is no idol in the temple and it is dedicated to the deva 'who is beyond all names, words, and forms'. The wood-paneled walls have wooden Sanskrit shlokas impressed upon them.

Though the farm remains accessible throughout the year, the best time to visit Stokes Farm is in the month of April when the apple trees blossom and convert the farm into an alluring white valley. Harvesting season, that starts in July and lasts till September is another ideal time to visit.