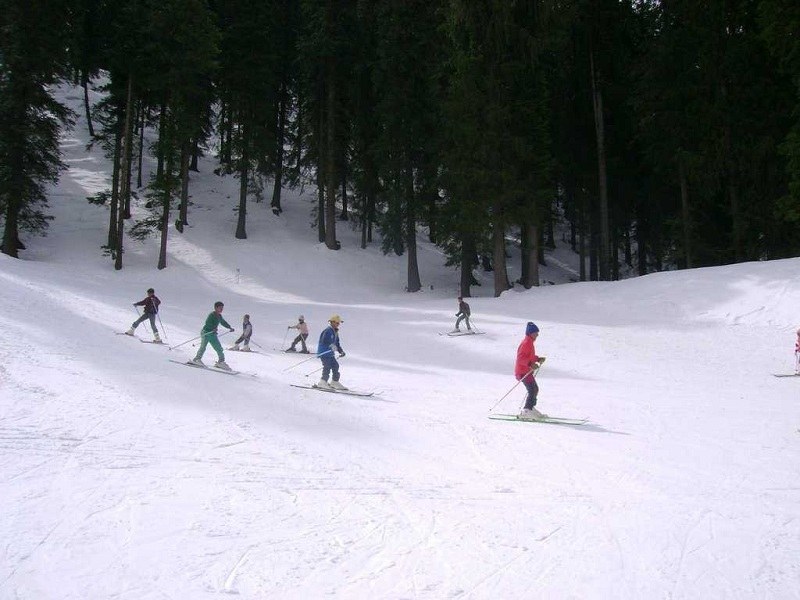 #1 of 8 Places to Visit in Narkanda

At a distance of 1 km from Narkanda Bus Station, Narkanda is well-known for its numerous ski slopes. Skiing is one of the most popular things to do in Narkanda, Himachal Pradesh.

Situated at an altitude of 8100 feet, Narkanda is located on the India - Tibet Road. Surrounded by forests and woodlands, Narkanda is famous for its natural beauty as well as Skiing and Winter sports. The slopes of the hill town are perfect for the skills of beginners as well as experienced skiers. The skiing at Narkanda was started in 1980 and since then HPTDC is conducting skiing courses every year. Today it is one of the most well-known ski resorts in India. During winter, the slopes come alive with skiers. Towering at 3400 m, Hatu Peak is one of the popular ski slopes in Narkanda.

The tourism development corporation of Himachal Pradesh conducts various skiing courses every year from January to March at Skiing Ground in Narkanda under the safety and supervision of its qualified instructors. The season for skiing in Narkanda starts in December and lasts till March. Also, there are instructors to guide the skiers and provide all the necessary safety gear and equipment. The slopes of Narkanda not only attract skiers from all over the country but also from Eastern Europe, South Africa, and Australia. Besides, the place also has various trekking routes and rock climbing opportunities which all adventure-seekers should go for.

Easy access and less crowd as compared to other ski destinations in India, Narkanda boasts of safe and the most thrilling ski experience. The most appropriate time to enjoy skiing is during the winter season. It is advisable for all the travelers to carry good quality, warm and waterproof clothes and shoes. Altitude sickness may also affect some of the travelers, so it is preferable to undergo some specific medical tests.