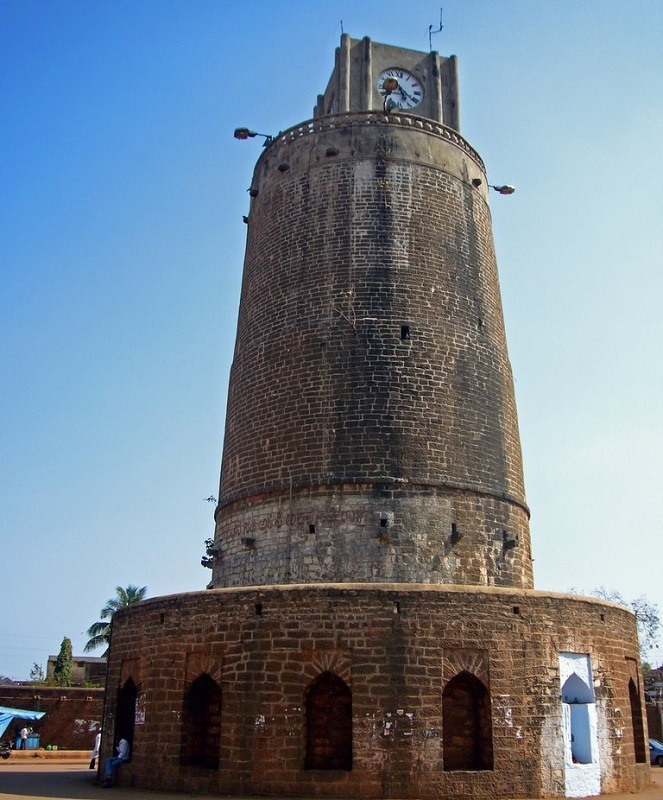 At a distance of 2 km from Bidar Railway Station, Chaubara is an old circular Clock Tower and one of the important monuments situated in the heart of Bidar town.

Chaubara means a building facing in four directions. The tower is reported to have built in the pre-Islamic period but follows semi- Islamic architecture. It was probably constructed as an observation post with a height of 71 feet. This cylindrical structure gives a commanding view of the entire city from the top.

The tower has a circular base, 180 feet in circumference and 16 feet in height with small arched enclosures built along its lower parts. There is a large clock on the top of the tower. The entire tower is built of black trap masonry laid in lime and strengthened by circular bands. The tower has four rectangular openings pierced in its walls for ventilation and airflow. A winding staircase of eighty steps leads to the top of the tower.

This place is situated in the middle of a busy road and traffic could prevent visiting of this place, especially during morning and evening rush hours.

6 Must Visit Places in Bidar