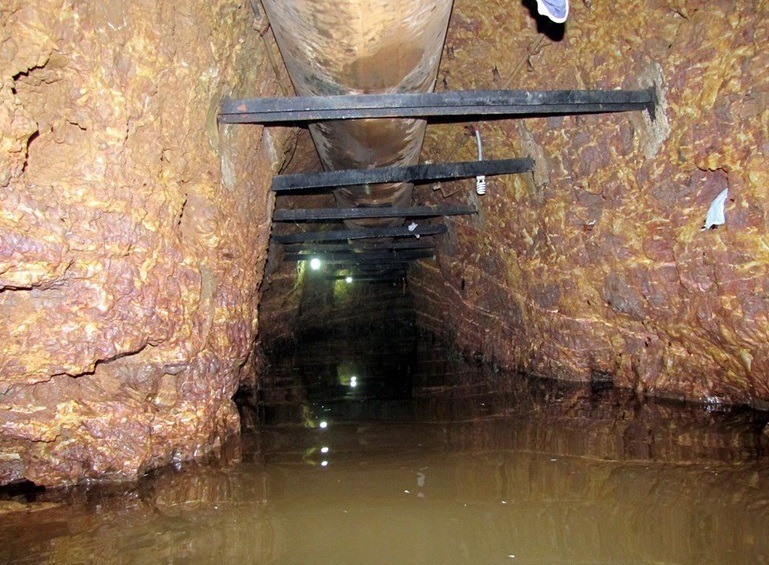 At a distance of 5 km from Bidar Railway Station, Narasimha Jhira is a wonderful cave temple situated on the outskirts of Bidar town.

The Temple is known for its natural beauty and is considered to be very sacred. This ancient temple is excavated in a 300 m tunnel under the Manichoola hill range. Within the cave, a stream of water is said to be flowing continuously since the foundation of the temple. Devotees have to walk waist deep in the water for 300 m for the darshan of Lord Narasimha.

One has to wade through the cave wherein water height varies from 4 ft to 5 ft to have a glimpse of the deity's image formed on the laterite wall at the end of tunnel. Bats can be seen hanging on the roof of the cave and flying throughout the tunnel. It is a wonder that no one has been harmed by the bats till date.

The end of the cave houses two deities Lord Narasimha and Shiva Linga, which the demon Jalasura had worshipped. The sanctum can accommodate only eight people at a time.

There is one toilet to change cloths post darshan.