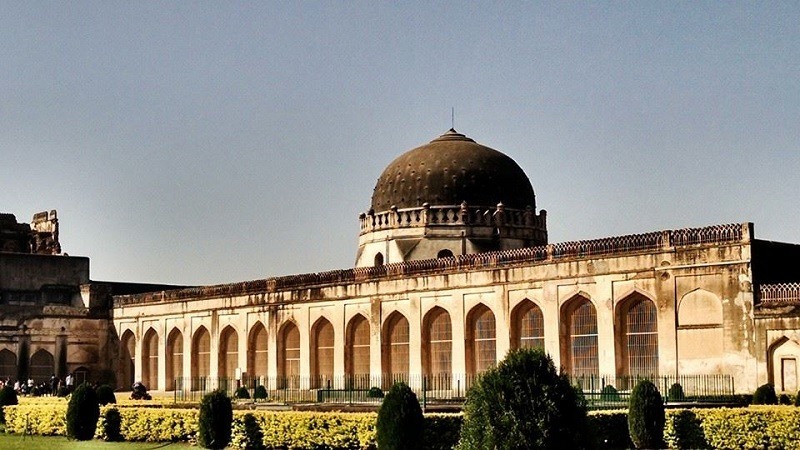 At a distance of 2.8 km from Bidar Railway Station, Solah Khamba Mosque is ancient mosque situated inside Bidar Fort.

The Solah Khamba Mosque was built by Qubil Sultani between 1423 and 1424 AD. The Mosque derives its name from the 16 pillars that are lined in the front of the structure. It is also called Zanana Masjid as it is situated near the Zanana enclosure.

The Solah Khamba Mosque or sixteen columned prayer hall is the oldest Muslim building in Bidar. The Mosque is a part of Bidar fort situated after Rangin Mahal. This Mosque served as the principal place of worship within the fort.

This Mosque is about 90 m long and 24 m wide. The outer construction of the Mosque consists of a long row of arched openings. The massive columns, arches and domes are attractive. The parapet of interlocking battlements above is a Bahmani addition. Its flattish central dome is raised on a drum with triangular rims. Ruins of a fountain and a well can be seen behind the southern wall.

It was an important Mosque as the Friday prayers and state function of a religious character were held here. From the top of the Mosque one can get some of the best views of Bidar Fort.