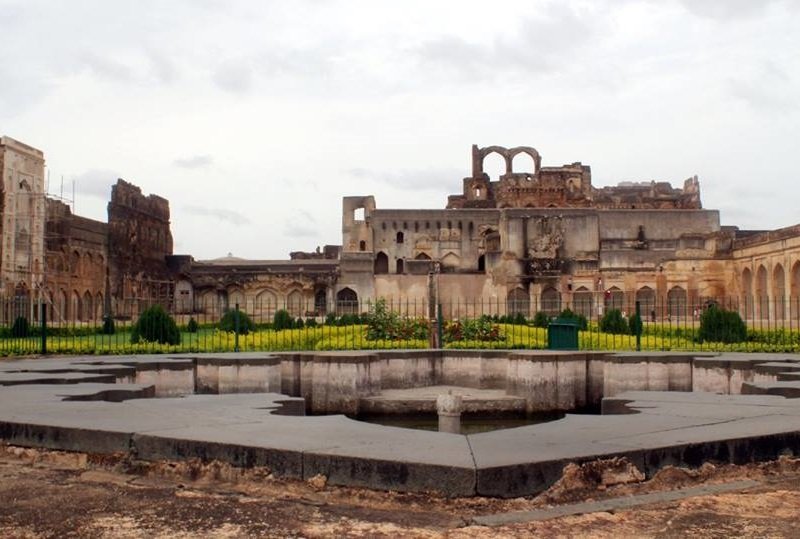 At a distance of 2.8 km from Bidar Railway Station, Tarkash Mahal is situated south of Lal Bagh Gardens, beside Solah Khambha Masizd inside the Bidar Fort.

The Tarkash Mahal was originally built for the Turkish wife of a Bahmani sultan between 14-15th centuries. The upper parts of the palace were built during the Baridi rule. The decorative work of the Baridi reign is seen in the upper levels of the building.

At present, there is no access to the inner parts of the building due to the ruined condition of the structure. The upper parts can reached by a flight of steps which also lead to the roof of the Solah Khamba Mosque. In the middle, there is a hall with arched openings and was beautifully decorated with tiles and stucco work. The roof of the hall has fallen and originally there was another floor above it, the remains of which in the shape of two arches can still be there.

There are smaller rooms on either side of the middle hall which were once decorated with beautiful tiles. There are traces of an old parapet on the second level which suggests that the third level was built at a later time. On the ground level, the rooms were once used as storage.

This is currently close for public and exterior can be viewed from the Solakambha Mosque.