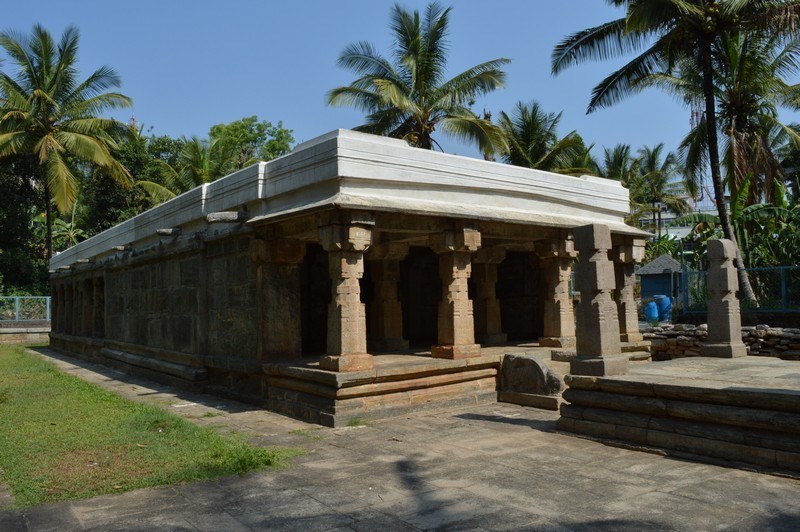 Travel Tips: This place is located in Sulthan Bathery town.

This temple is believed to be constructed in 14th century. The town of Sulthan Bathery was earlier known as Ganapathi Vattam and had 12 traditional Jain streets in and around the town.

The temple is known for its wonderful architecture and sculptures. It was built with large granite pillars that are extensively carved. The temple is mostly plain from outside with few nice carvings in the inner section. There is a detached pillared mandapa on the front side of the temple without roof which is known as Namaskara mandapa.

The main structure has a mukhamandapa following by the mahamandapa and the sanctum. The sanctum has few small statues of Jain Tirthankaras, but the main seat of the sanctum is empty and no poojas are performed here. The doorways of Sanctum and Mahamandapa have sacred Jain figures. The lower portion of the doorway has beautiful floral motifs. The pillars have various designs such as sarpabandha, floral designs, Thirthankara, Goose, etc,

This temple was used by Tipu Sulthan to store the ammunition (battery) during his invasion of Kerala. Since then the town is known as Sulthan Bathery.