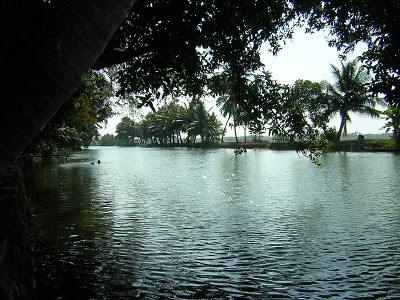 At a distance of 26 km from Kalpetta, 99 km from Kozhikode, 95 km from Ooty and 116 km from Mysore, Sulthan Bathery, previously known as Sulthans Battery, is a town and municipality in Wayanad district of Kerala. Situated at an altitude of 930 m it is a cute hill station in Kerala and also a transportation hub.

Earlier, Sulthan Bathery was known as Ganapativattom. It was also known as Kidanganadu, because the Kidangans lived here. It derives its present name from Tipu Sultan of Mysore who captured the Jain temple here and used it as his battery in the 18th century, hence the name Sultans Battery.

Sultan Bathery is known for its magnificent beauty and spice plantations. Lush green hills and cool climate make it an ideal holiday destination. The major attraction of the town is the Jain temple, which was built during the 13th century. This temple was used for storing ammunition (battery) by Tipu Sultan during his invasion of Kerala. Other attractions of the town are the Ganapati temple and Mariyamman temple. The Ganapati temple is an eight century old shrine dedicated to Lord Ganesha, which is a place of worship for the tribal people. Other interesting places to visit near Sulthan Bathery include famous Edakkal Caves, Wayanad Wildlife Sanctuary at Muthanga and Ambalavayal Heritage Museum.

Chembra Peak, which is the tallest peak in Wayanad, Chethalayam Waterfalls, Pookot Lake, which is a freshwater lake, Lakkidi, which is also known as the Gateway of Wayanad, Phantom Rock, Kuruva Island, Thirunelli Temple and Pakshipathalam are other tourist attractions of the region.

There are ample accommodation options in the town. One can find many budget, mid-range hotels and resorts in the town. The best time to visit the town is between October and March.