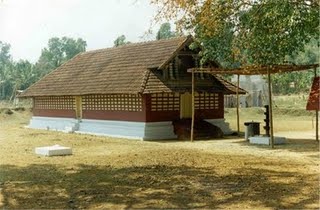 At a distance of 24 kms from Kalpetta & 3 Kms from Mananthavady, Valliyoor Temple dedicated to Goddess Durga is a famous temple in the region. Goddess Durga is worshipped in three different forms in this temple - Vana Durga, Jala Durga and Bhadra Kali.

The major festival of the temple is celebrated for two weeks in February / March which attracts thousands of devotees. The dance performed by the local tribal with the music of native instruments is a major attraction of this festival. The traditional ritual art of Kalamezhuthu and different folk art forms are also performed.

This place can be reached by private/public transportation from Mananthavady, which is connected by frequent buses from Kalpetta.