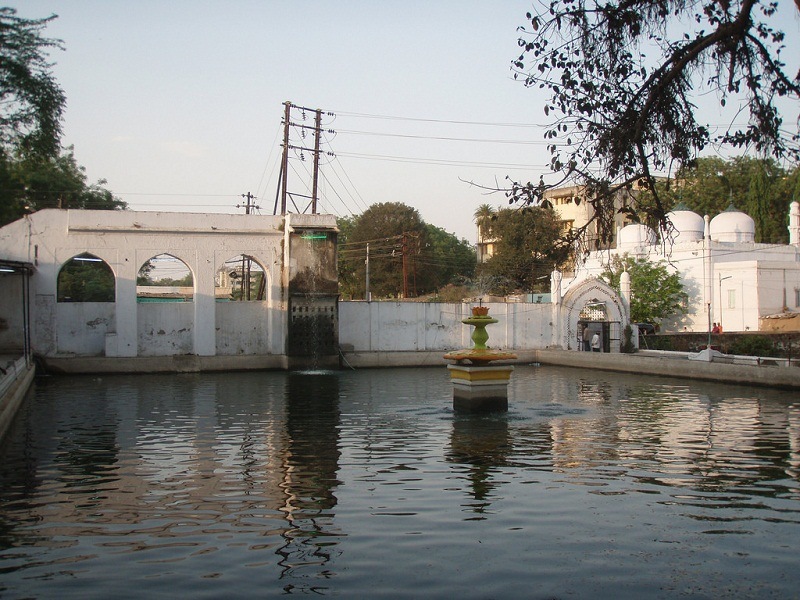 #7 of 11 Places to Visit in Aurangabad

Place Location: In The Complex Of Baba Shah Musafir Dargah

At a distance of 2 km from Bibi Ka Maqbara and 4 km from Aurangabad Railway Station, Panchakki is a water mill located in the complex of Baba Shah Musafir Dargah of Aurangabad.

Also called as Nehar-e-Panchakki, Panchakki was built in the early years of the 17th century by Baba Shah Musafir. Comprising of the medieval Indian architecture, the water mill runs on scientific principles. Setup with an aim to generate electricity from water brought down from a spring, the Panchakki water-mill was used to grind grains for the pilgrims who visited the Dargah.

The source of continuous water supply to the mill is an underground stream which begins from a well above the Harsul River with a tributary stream. The water flows down through clay pipes based on the Siphon System. The water on reaching the Panchakki reservoir is made to drop from a height to generate electricity and run the mill, and eventually the excess water is put in the Kham River. The tank lies in front of the mosque whose bottom forms the roof of a spacious hall.

Panchakki is one of the few places that are calm and peaceful in Aurangabad which helps to visualize the life that existed during the medieval period in India. Panchakki also has a tomb of Baba Shah Musafir, who was a Sufi Saint and was the spiritual adviser to Aurangzeb. There is a huge tree which is almost 300 years old inside the complex near the tank. There is a Masjid which dates back to 17th century in the neighbourhood.