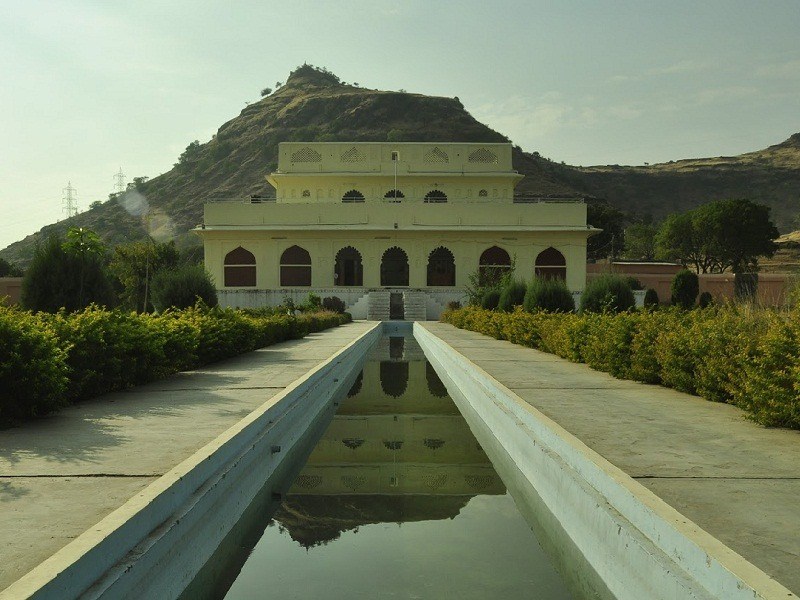 At a distance of 2 km from Bibi Ka Maqbara and 6 km from Aurangabad Railway Station, Sunheri Mahal is a palace located at the foothill of the Aurangabad Caves in the Paharsingpura area of Aurangabad. It is one of the top places to visit in Aurangabad.

Soneri Mahal was built by a Bandalkand chief who accompanied Aurangzeb into the Dakhan. The Mahal was built between 1651 AD and 1653 AD at a cost of Rs.50, 000 and in 1934 AD it was sold to the Nizam of Hyderabad for Rs.26, 400. The Mahal is named after the paintings in the palace that were once painted in gold.

It is a grand two stored building constructed in typical Rajput style. The palace is made up of lime and stone. Sprawling over two storeys, the palace stands as a testimony of Indian architectural splendor with some intricate decorations all over. A well-manicured garden adds to its beauty. The entrance of the Palace is decorated with beautifully done arches.

This ancient historic monument is now transformed into a museum. It was set up in 1979 and exhibits the remnants of regional palaces, antique items, coins, ancient Indian Pottery, paintings and many more alluring items. The museum also displays some major reliefs and sculptures found in the local excavations. This museum is placed in the campus of Dr. Babasaheb Ambedkar Marathwada University.

The palace is the venue for the Aurangabad Festival, where musicians and dancers perform their art. During the festival, the regional artisans also put up many stalls to sell their artifacts. The Aurangabad festival is clubbed with Ellora festival and celebrated in the month of December.