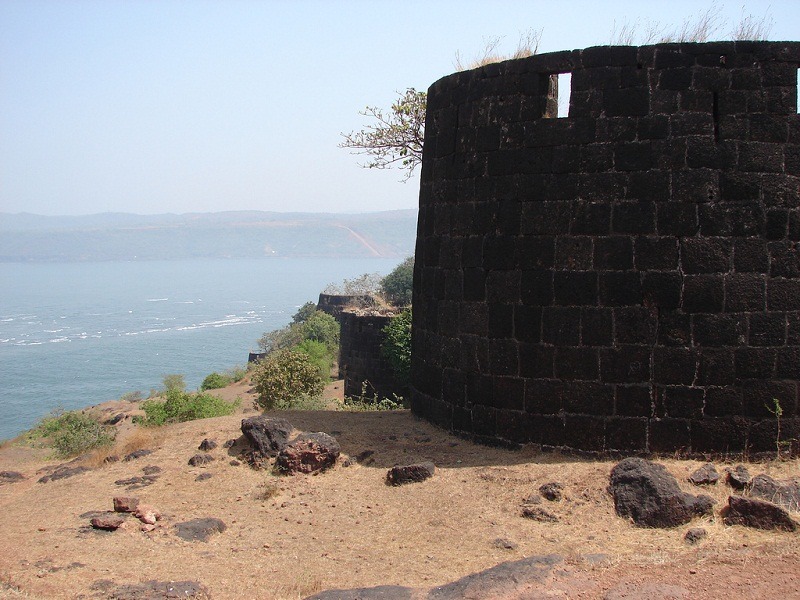 #8 of 12 Places to Visit in Ganpatipule

At a distance of 14 km from Guhagar and 90 km from Ganpatipule, Gopalgad is an ancient hill fort located at Anjanvel village in Ratnagiri district of Maharashtra. It is one of the most popular forts in Konkan and also one of the best tourist places to visit near Ganpatipule.

Popularly known as Anjanvel Fort, Gopalgad Fort is believed to have been built by Siddisad, a sardar of Bijapur rulers in the 16th century. The fort was captured by Shivaji Maharaj in 1660 CE. In 1699 CE, it was captured by Khairatkhan, a Siddi ruler who ruled from Murud Janjira. Tulaji Angre then won this fort in 1744 CE and then later lost it to Peshwas in 1755 CE. During the Peshwa rule, the Anjanvel was a center for ship building industry and cloth weaving. With the fall of the Maratha Empire in 1818 CE, the fort came under the control of the British until India got its independence in 1947 CE.

Gopalgad Fort was built on the banks of Vashishti creek for the protection of Dabhol, an ancient port city. It spreads over an area of around 7 acres and the fort is divided into two parts. The lower part of the fort walls is called Padkot while the upper walls are referred to as Balekot. Strong fort walls comprising 12 burujs have been constructed to protect the fort against attacks. It has two main entrance gates, situated on the eastern and western sides.

Now, the fort is in ruins with some of its walls crumbling. There is a well in the fort almost at the center around which there are remnants of an erstwhile palace. Some canon balls can be seen in the fort. There is a private Mango orchard in the fort and due to ownership issues the entrance to fort is blocked. However, people can visit the fort without hindrance. A group of trekkers has been protesting against this from past 7 years. Vehicles can go till the main entrance of the fort. There are many view points on the fort walls which offer mesmerizing views of creek and Dabhol port.

The Anjanvel Lighthouse, about 2 km from Anjanvel Fort, is a nice place to visit especially in the evening. Rebuilt in 1960s this light house is perched on a steep hillock. The Anjanvel Lighthouse is one of the primary attractions and one can climb up to the top by paying a nominal fee. Though not very tall (30 feet) the view from the top of the light house is magnificent. Just outside the lighthouse there is a small temple - Tolekeshwar Temple, dedicated to Lord Shiva in the backdrop of the beautiful sea.