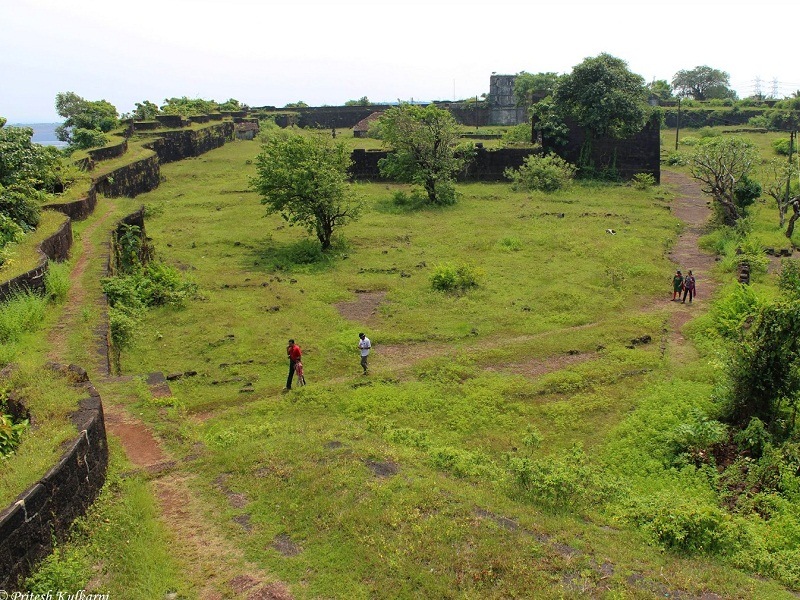 #11 of 14 Places to Visit in Ganpatipule

At a distance of 19 km from Ganpatipule and 42 km from Ratnagiri, Jaigad Fort is coastal fortification that is located near Jaigad village in Maharashtra. It is one of the popular forts in Konkan region and also one of the top tourist places near Pune for history lovers. It is a protected monument under Archeological Survey of India.

Jaigad Fort is one of the prime places to include in Ganpatipule tour The meeting point of the river Shashtri and Arabian Sea is called as the creek of Jaigad. For the protection of this creek two forts were constructed, one is Vijaygad at the north direction and the other is Jaigad at south. Situated on a cliff, Jaigad has a commanding view of the bay and the open sea. A jetty port and a lighthouse are located nearby.

It is believed that the construction of Jaigad was initiated in 14th century and completed by Sultan of Bijapur and was named after Jayba Mahar's sacrificing his life for building the fort. It was conquered by Kanhoji Angre, the commander-in-chief during Chhatrapati Shivaji Maharaja's regime. Shivaji also controlled the fort for some time before handing it over to the Peshwas who finally lost the fort to the British in the year 1818.

Although in ruins, most of the fort's outer wall and ramparts still intact. Spread across an expanse of 4 acres, the fort is surrounded by a moat and strong bastions on the southern end of the Jaigad stream. In the middle of the fort lies the palace of Kanhoji Angre, a Ganpati temple and three wells to store water. There is also a government rest house in the premises of Jaigad Fort.

Jaigad Lighthouse was built by the British in 1932. The unique thing about the lighthouse at Jaigad is that it is made completely out of cast iron. The fort and especially the lighthouse offer a spectacular view of the ships sailing in the beautiful and calm Arabian Sea. Jaigad fort is besides the village Jaigad and the vehicles can reach up to the main entrance of the fort by a tar road.